Unsuccessful milkings (cause and management) 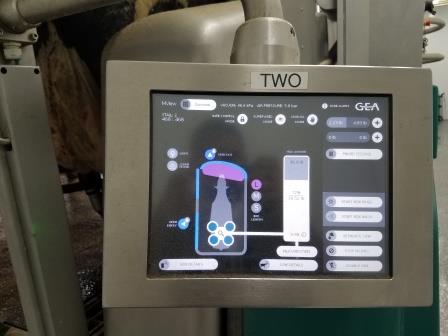 Incomplete or failed milkings are commonly referred to as unsuccessful milkings. These events are caused by either a failure to attach milking cups or as a result of premature cup removal on one or more teats. This causes milk to remain in the udder, with potential negative effects on milk quality, production and animal health and wellbeing. It will also impact robot performance as usually the cow will either have the cups re-attached or will have to come in again for a second attempt (usually the cow gains milking permission either immediately or shortly after in order to avoid a long milking interval).

In general, unsuccessful milkings can be caused by:

The AMS KPI Project monitors AMS farms on a monthly basis and provides a benchmarking tool for farmers wishing to compare key performance indicators such as milk production, system utilisation and farm demographics. The information generated can identify inefficiencies and provide options for system improvement.

Data collected during the first 2 years of the AMS KPI Project (2015-17), showed the average incidence of unsuccessful milkings (at a farm level) at 8.6% (range 2% – 18%). There was also a correlation between higher milking frequency and a higher level of incomplete milkings (particularly when above 3 milkings/d).

What are the take-home messages for AMS farmers?