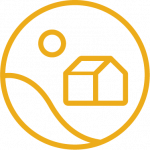 For your convenience, here is a list of completed research projects related to energy that were funded by the AgriFutures Australia Chicken Meat Program. This list will be updated as projects are finalised.