Using this model, an extension professional can help a new team come together and work effectively sooner.  Bringing a new group of people together, who do not know each well and helping them unite with a common purpose, takes time.  Psychologist Bruce Tuckman, put together a path that groups can follow to get to a high performance phase quicker.  He documented this in his paper “Developmental Sequence in Small Groups” (1965).

A group facilitor or leader often has the role of helping people come together and perform well, as soon as practical.  The Tuckman model provides stages the facilitator can recognise and follow and they can then change their approach accordingly.  This helps them ensure they are providing the right role for the group at the right time. 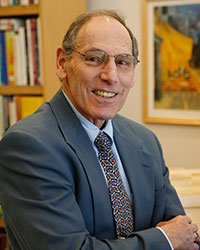 First you need to identify where your group is at.  If a group is just starting, that is easy, they will be at the forming stage.  In the field of extension, groups are more likely to be formed around achieving group objectives collectively.  As compared to therapy groups, whose objectives are around helping individuals deal with their individual personal problems.  Bruce Tuckman calls this classifying the group “setting”.

“It’s all about the relationships.”

At this stage everything is new.  Forming and developing effective relationships, learning to work together and identifying shared goals is paramount at this stage.  Group facilitators or leaders play a more dominate role in this stage, helping the group function, identify appropriate behaviours, shared goals, getting to know each other and in identifying their roles, responsibilities, tasks, standards and processes.

“One looks to this person persons or standards for guidance and support in this new and unstructured situation.” – Tuckman 1965

For teams with new leadership, mission, or members, this stage is a period of testing behaviour and dependence on formal or informal group leadership for guidance, in a new unstructured environment.

Group members are orientating themselves to the task, discovering what behaviours are acceptable to the group.  This stage is the transition from individual to group member status.

This stage is characterised by the following:

Direct the group in their establishment, do ice breakers, conduct needs analysis, help develop clear objectives, get people to introduce themselves and help all members contribute.  Be prepared to present to the group as effectively as possible.

During this stage, group members typically have emotionally responses to the task demands they start to recognise.  They may become hostile or overzealous, as a way to express individuality and resist processes or the structure around group formation.  Group members may also react emotionally to the extent of the task demands and to the perceived requirements for self-change and self-denial.

“Reactions are likely to be most evident, when the tasks has as it’s goal self understanding and self change.” – Tuckman 1965

Help them set a group structure and establish processes, resolve any conflicts and deal with challenges quickly, remain positive and help them negotiate agreed outcomes.

As a facilitator, do some stakeholder analysis to be best prepared for facilitating them.  Explain the “forming, storming, norming and performing” stages, so group members can see how addressing challenges is normal and how a successful future may evolve.

Use tools that will help them understand themselves and each other better and that each group member will have different learning styles.

“The development of group cohesion.”

“Group members accept the group and accept the idiosyncrasies of fellow members. The group becomes an entity by virtue of its acceptance by the members, their desire to maintain and perpetuate it and the establishment of new group-generated norms to insure the group’s existence.  Harmony is of maximum importance and task conflicts are avoided to ensure harmony.” – Tuckerman (1965)

As a facilitator or group leader, this is the stage to start stepping back and let the group self-manage.  Group facilitators can now focus on enabling and “steering from the back” as required.

Team building activities or events, can help groups move through this stage.

“Group members can now adopt and play roles that will enhance the task activities of the group.” – Tuckman (1965)

Now that the team has established its interpersonal norms, it becomes an entity capable of diagnosing and solving problems and making decisions.  This stage is not always reached by groups.

The facilitator very much has a light touch by this stage.  The group will be focussing on completing tasks and in doing so, will be effectively delegating roles and activities.  A facilitator can help them delegate if required and monitor and evaluate outcomes.  They may also help them celebrate their successes.

This stage was added in 1977.  It recognises that many groups may decide to disband after their task has been achieved.  This is to be expected, as some groups have a definite task and measurement of success.  Sub-groups may form out of the closure of the main group.   Some members may wish to remain in the ‘old’ group, while others may leave.  These processes are common and in many ways the life cycle of a group starts over again.  The disbanding of the group does not necessarily indicate failure, rather it can indicate success.

Because the form, storm and norm stages result in minimal group output;  it is tempting to try to rush through or short circuit these stages, in the hope the group can achieve peak productivity quicker.  Although on the surface this idea may seem attractive, it risks the group becoming dysfunctional.  The best approach to focus on as a facilitator, to ensure success is achieved as early as possible, is to help the group to move through each stage effectively and efficiently.

Just as individuals go through predictable stages of growth, depending on age, experience, maturity, and other factors; Tuckman proposes that groups go through similar predictable stages, the duration of each stage being dependent upon factors such as individual and team maturity, task complexity, leadership, organisational climate and external climate.  Groups can become fixated at various stages.  Some (like some people) are never fully functioning.  It is the role of the facilitator to help them mature and be as functional as possible.

Given that the stages are predictable and indeed inevitable, one way to help reduce the time needed for a new or changing team to be fully productive, whilst minimising the tension, fear, or anxiety common in the form and storm stages; is to share any rumours, concerns and expectations about the group.  This helps bring things out into the open, where they can be brought to a head and it ensures things are validated, in doing so the group can then move beyond them as quickly as possible.

In the form and norm stages, group members can be encouraged to agree with one another that there will be no ‘surprises’ and therefore an atmosphere of trust can be achieved earlier (norm stage), this is a way of allowing interpersonal issues to be put aside, in favour of task issues and for the team to move on to focussing on performing. 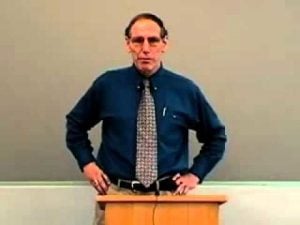 Dr Bruce Tuckman was a professor emeritus who spent 50 years as a pioneer in educational psychology.  His 2002 breakthrough study about the effect of procrastination on college students made national headlines in the United States.  He authored 18 books and more than 100 articles in such areas as motivation, cognition, instructional design and measurement.  In 1965, he published a model of group development stages (i.e., “forming,” “storming,” “norming,” “performing”) which is still recognised today.  In 1977, jointly with Mary Ann Jensen, he added a fifth stage (i.e., “adjourning”).  The American Psychological Association and the American Educational Research Association both made him a Fellow based on his contributions.  In 1999, he founded the Walter E. Dennis Learning Center with the support of Walter E. Dennis Jr.  The Center continues to teach students how to boost their study skills and enhance their motivation. The Bruce Tuckman Student Enrichment Fund supports the Center’s efforts.  (Source: Ohio State University)