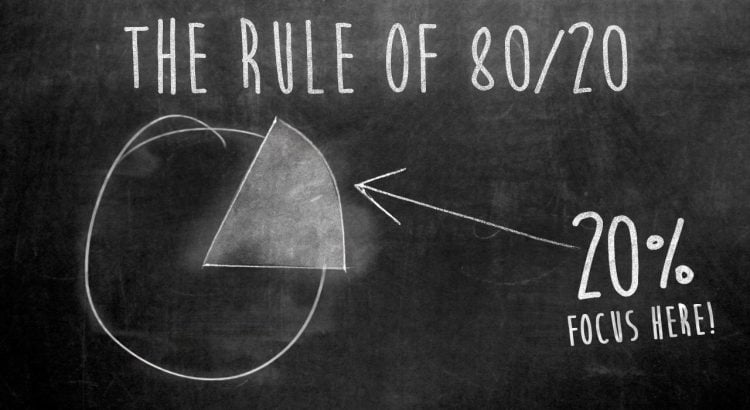 It is useful for Extension Professionals to consider Pareto’s Principle when planning and implementing extensions projects and managing their time. Pareto’s Principle is often simplified to the 80/20 observation. It can be used to prioritise actions that will have the greatest effect.

Knowing that equal amounts of effort or inputs will not generate the same amount of outputs. More generally, the Pareto Principle is the observation (not law) that most things in life (effort, rewards and outputs) are not distributed evenly.

The 80/20 Rule means that in anything a few (20 percent) are vital and the many (80 percent) are trivial.  Or applied in other ways:  Only a few causes that lead to a problem are responsible for the bulk of the problem. Or 80% of the outputs result from 20% of the inputs.

While the principle has great potential in being applied to anything, from social interactions and parenting, to management and the physical sciences; the principle has mostly been formally applied in manufacturing, administration, marketing and project management. It has great effect when you give your full focus to the 20% of things that make a difference to the outcomes you are trying to achieve.

The value of the Pareto Principle

In agricultural extension, you might use the Pareto Principle in the following ways:

For a business manager, you might use the Pareto Principle in the following ways:

This means that if you have a list of ten items to do, two of those items will turn out to be worth as much or more than the other eight items put together. In reality, the distribution can obviously be different from an 80 to 20 joint ratio, however the principle holds; that the minority of the inputs will lead to the majority of the desired effects.

“This is referred to as focussing on the “vital few”, as opposed to the “trivial many”.

The Principle was created by an Italian economist, Vilfredo Pareto, in the early 20th Century based on his observation that 20 percent of people in his country owned 80 percent of the wealth (income and land resources).  Pareto developed a mathematical formula to represent this unequal distribution of wealth across the population. Dr Juran inaccurately attributed the 80/20 idea to Pareto’s mathematical formula in the mid 19th century and thereafter Pareto’s observation became known as the 80/20 principle.  See the Vilfredo Pareto YouTube video published by Audiopedia, Oct 29th, 2015.

YouTube Video, How to be productive – the 80/20 principle by Richard Koch.  Published by FightMediocrity on October 24th, 2014.

Have used this principle to good effect for years, I didn’t know it had a name. It certainly serves to keep managers happy.