Personality Test: DISC (Get To Know Yourself and Others Better) 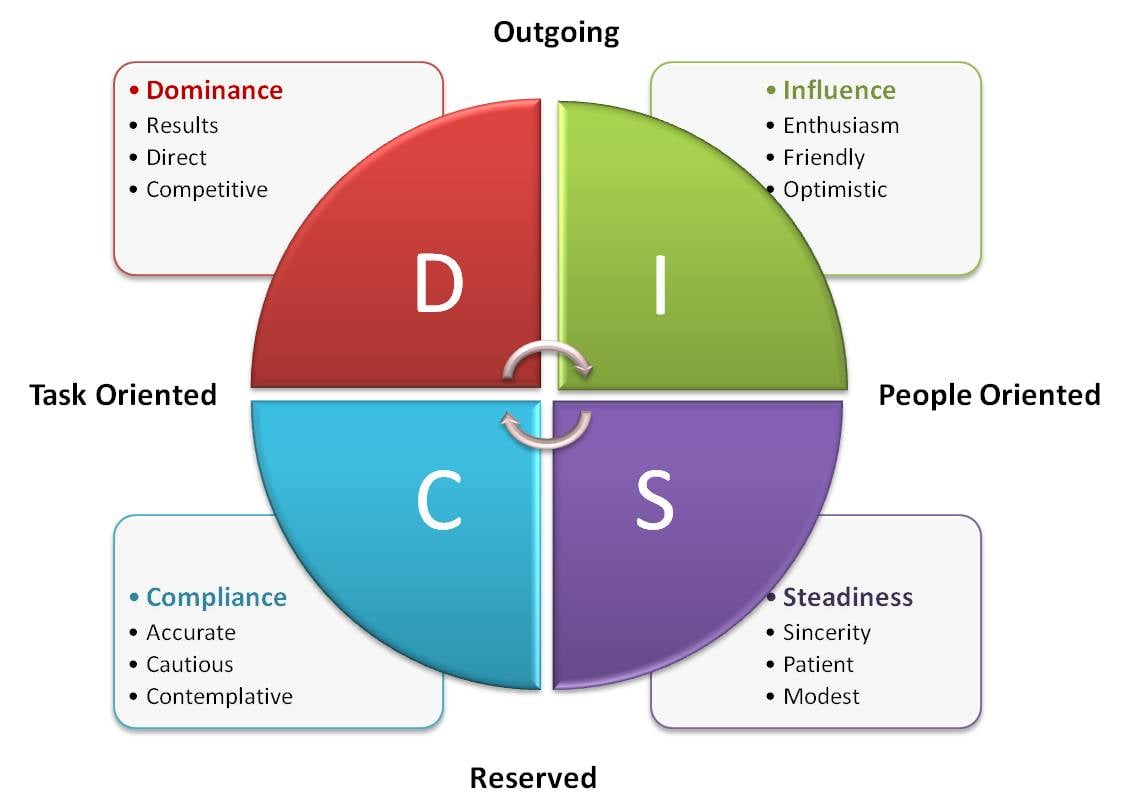 DISC is commonly used as a tool to get to know yourself and others better, and how this applies to our behaviour in interpersonal situations. The tool is used to make communication more effective. More specific versions of the DISC assessment will help understand how one person would be likely to react in a specific team, management, or leadership situations, given their DISC style.  The DISC tool can be used by Extension Project Teams to improve their effectiveness, as well as in extension projects (and with extension client groups) to better tailor processes to meet client needs.

The tool’s origins date back to the early 1920s and was developed by William Marston (1893-1947), who was not only a lawyer and a psychologist, but also the producer of the first functional lie detector polygraph. He also authored self-help books and created the Wonder Woman comic. In 1928 he authored the book, Emotions of Normal People. His major contribution to psychology came when he generated the DISC characteristics of emotions and behaviour of normal people.

Marston, after conducting research on human emotions, published his findings in his 1928 book called Emotions of Normal People in which he explained that people illustrate their emotions using four behaviour types:
•    Dominance (D)
•    Inducement or Influence (I)
•    Submission or Steadiness (S), and
•    Compliance or Conscientiousness (C)

The original work of Marston has been further developed over time; initially by Walter Clarke and Associates in work that resulted in Active Vector Analysis (AVA). 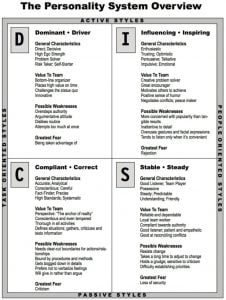 The DISC assessment tool, in its original version, is used to identify the following 15 basis personality patterns that can be grouped within the four DISC categories:

For a introductory explanation on DISC, see John Fallon explain it here:  https://www.youtube.com/watch?v=FPluLATa5YQ

Application/Use
As previously described, DISC is commonly used as a tool to get to know yourself and others better, and how this applies to our behaviour in interpersonal situations.  However, the assessment can – and has – also be used to determine leadership.  There are different leadership methods and styles that coincide with each personality type, which could help leaders be more effective. DISC has also been used to help determine a course of action when dealing with problems as a leadership team – that is, taking the various aspects of each type into account when solving problems or assigning jobs (source: Wikipedia)

The Institute of Motivational Living Inc. (2016) The History of DISC, >http://www.motivationalliving.com/disc-history

I really appreciate free, succinct, reliable data like this.