Too uniform for a variable rate?

Over years of management, growers may observe consistent patterns of crop performance in different areas of a paddock. This can be due to underlying constraints that, if managed with tailored input application rates, could return production or cost benefits. This is known as Variable Rate Application (VRA).

VRA of fertiliser involves varying inputs to target paddock zones that will yield higher if more inputs are applied, or maintain yield with fewer inputs applied. Savings of up to $57/ha have been reported from VRA of fertiliser within a paddock (Robertson et al. 2007). 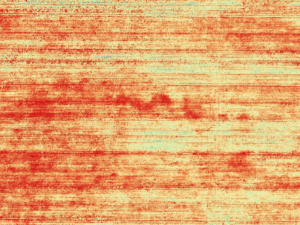 However, there are many potential sources of variability in a paddock and the benefits of VRA tend to be paddock specific. It is important to understand what is likely to work prior to widespread adoption of VRA. If there is no production gain or cost saving to be made in a paddock, VRA of fertiliser is unlikely to have a fit. At worst, apparent fertiliser savings may be a net loss if they cause a greater loss in yield.

There is a common perception that many paddocks in the southern Mallee are too ‘uniform’ to justify VRA. However, a recent study by the Birchip Cropping Group Inc. argues that the challenges involved in identifying paddock zones and separating variability in nutrient response from other spatial characteristics suggest room for uncertainty in this assumption. Instead the emphasis is on the value of demonstrating more focused methods of assessing paddock variability.

Read the report on the full study conducted by BCG @ https://www.bcg.org.au/is-the-southern-mallee-too-uniform-for-variable-rate/