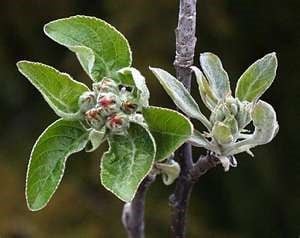 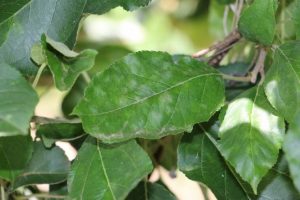 Powdery mildew: Early symptoms on upper side of leaf

Read the label of all fungicides prior to use and obey all resistance management guidelines and notes on compatibility with IPDM. This is critical in a high-pressure season for both scab and powdery mildew, especially in areas that have also had issues with Alternaria and Bitter rot in previous seasons because wet springs with periods of warm temperatures and high humidity favour those diseases as well.