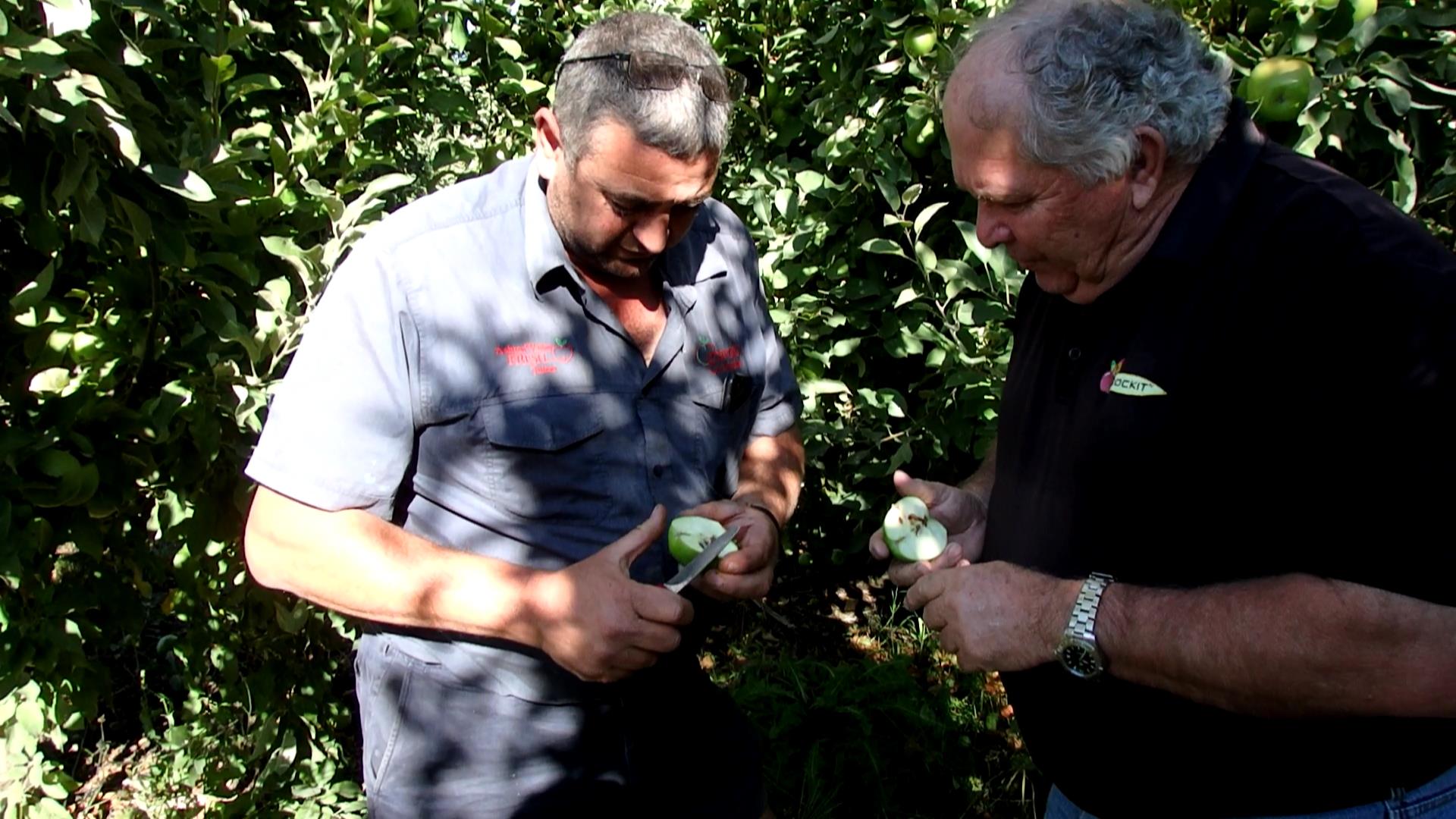 In the Adelaide Hills at Ashton Joe Ceravolo had participated in the release of the codling moth parasitoid Mastrus ridens in May 2018 as part of the PIPS 2 project. The block was under mating disruption in the 2018-19 and 2019-20 seasons to capitalise on the low codling moth populations after the release of Mastrus.

In 2019-20 the first cohort of generation 1 was very small and no insecticides were sprayed. The 2nd cohort reached a peak of 5 moths/trap and some damage was evident, prompting a spray in mid-January 2020 targeted at the 2nd generation. Damage recorded at harvest was 0.2% for codling moth and 0.8% for apple scab.

Damage attributed to loopers was 4.6%. Loopers are an early season pest and sometimes difficult to detect before they cause damage.