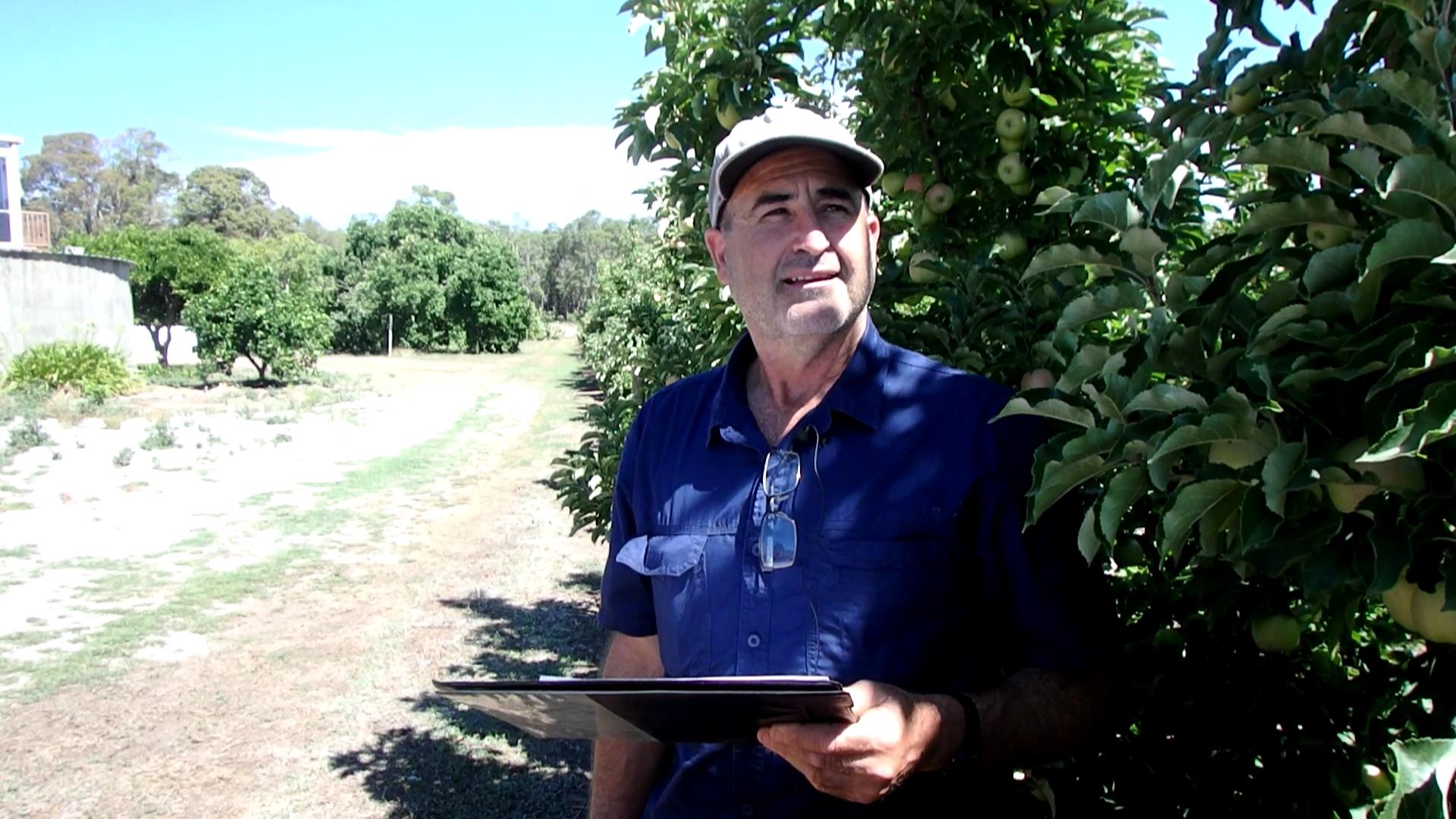 In KirupTerry Martella had recognised that some of his mite problems from previous seasons may have been due to the disruptive effects of Klartan sprayed to control dimple bug.

He dropped Klartan from his program for some blocks and had no problems with dimple bug.

Apple scab was not a problem despite a wettish spring.

Terry made an interesting observation that mites started a month earlier than normal in blocks with darker netting.