Earwigs: ugly critters we should learn to love

Earwigs, everyone knows them, but most people hate them. That said, they are probably one of the best predators in your orchard!

Why are they so good? There are several reasons, in scientific IPM jargon they are what’s called a localised omnivorous predator. What the hell does that mean? The localised part means earwigs stay around the same location even when prey is in low numbers. Other predators like ladybirds and lacewings are constantly on the move looking for high prey numbers so they find food not just for themselves but also good spots to lay eggs and ensure their young have plenty to eat. This means that predators like ladybirds may leave the orchard if there isn’t enough prey in the area and will only move back into your orchard when pest numbers are high. Because earwigs don’t move around a lot, they are there eating pests even when they’re in low numbers, which stops pest numbers from becoming a problem in the first place. 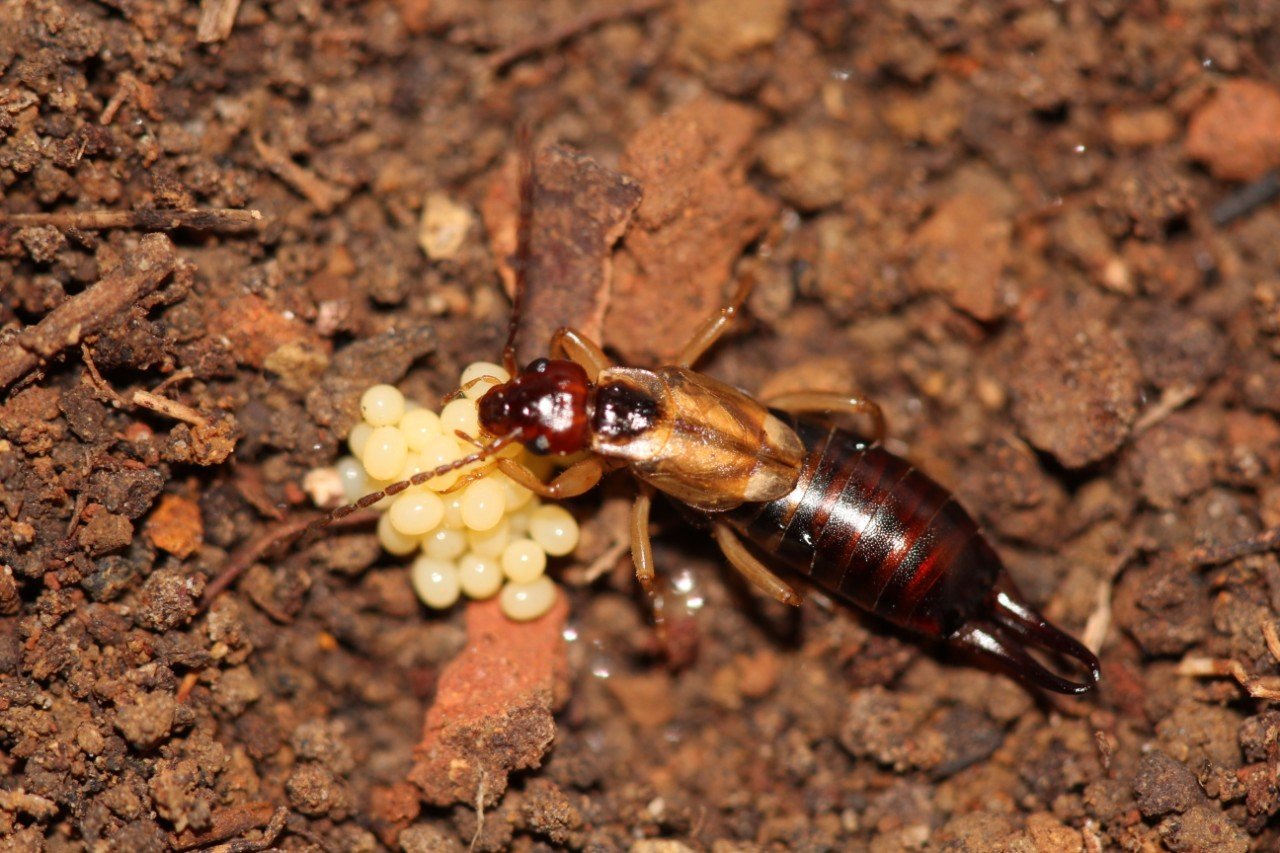 Nesting female Earwig tending eggs. Unlike other predators, Earwigs don’t move around orchard a lot so eat pests even when they’re in low numbers, which stops pest numbers from becoming a problem in the first place (Photo: S. Quarrell, UTAS)

So, what is an omnivorous predator? An omnivore will eat pretty much anything (plants or animals). Earwigs are known to eat a wide variety of other insects including woolly aphid, codling moth, LBAM and any other beasts you don’t want in your orchard. They also eat some grasses, clover and already damaged fruit but generally don’t damage the fruit themselves. The other benefit of earwigs is their life cycle. Although they only produce 2 generations each year (late winter and early summer), their numbers are at their highest in early spring when ladybird, lacewing and parasitoid (like Aphelinus) numbers are low, which again means they are preventing the pests in your orchard from becoming a problem later in the season.

So, although they might not be the prettiest critter in your orchard, they are probably the one you should learn to love the most.

Despite the benefits earwigs can provide to apple and pear growers, they are a pest in stone fruits and cherries particularly when fruit densities are high as they love to hide in tight fruit bunches during the day (they are nocturnal) and take the opportunity to feed while in the bunches. However, the level of damage they can cause is not only linked to crop load with the cherry stems (not fruit) of the variety Ron’s Seedling commonly damaged by earwigs. This of course creates problems for growers that produce both pome and soft fruits where you want them in one crop but not the neighbouring block. Fortunately, as they don’t tend to move around a lot, IPM programs that either control or promote earwigs can be developed. 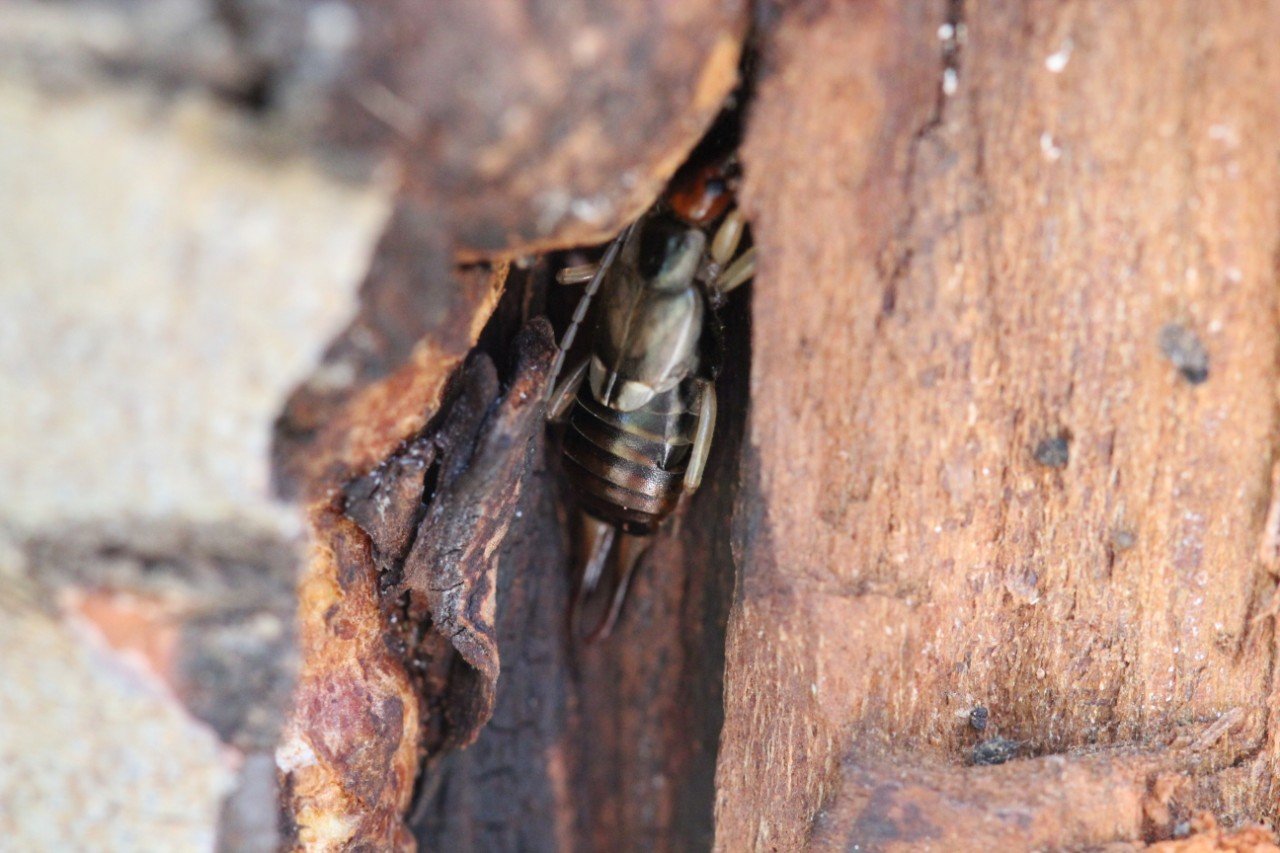 Earwig hiding under bark. When monitoring for earwigs remember they are nocturnal and likely to be found sheltering during the day (Photo: S Quarrell, UTAS)

Dr Stephen Quarrell is an entomologist at the Tasmanian Institute of Agriculture (TIA). His research interests include agricultural pest management including the use of biological control agents, insect chemical ecology and using technology to better understand issues regarding honey bee health and behaviour. Stephen also coordinates student outreach for the agriculture discipline within TIA. Stephen’s PhD focussed on ‘The chemical ecology, genetics and impact of European earwigs in apple and cherry orchards’.