How does mating disruption affect trap counts and thresholds for spraying? 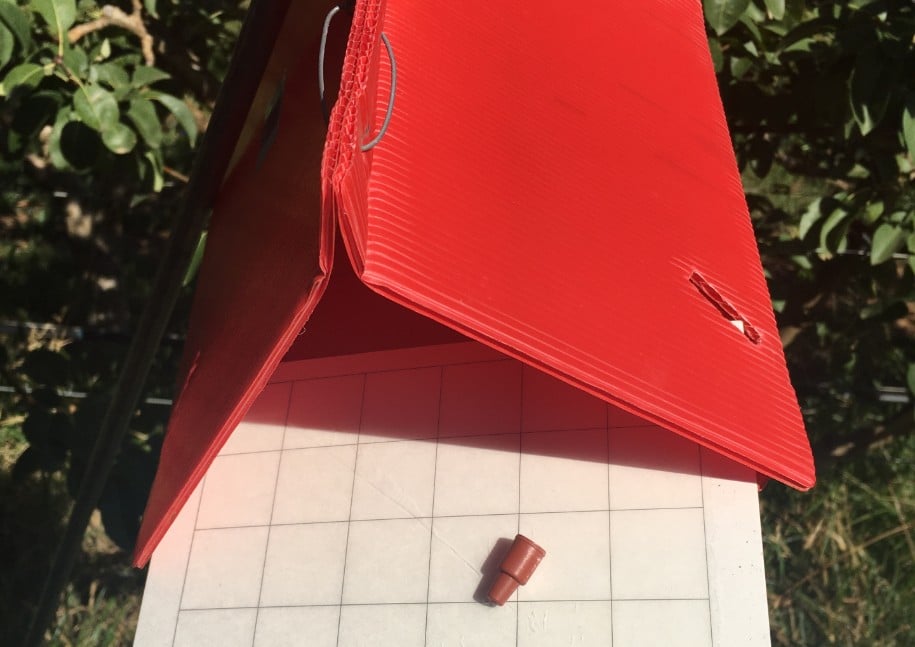 David Williams (Agriculture Victoria) responded:
Mating disruption affects trap counts in several ways. The background of pheromone from the mating disruption dispensers may provide a “camouflage” effect that makes the traps harder to detect unless they contain a high dose of pheromone or some other chemical that either works as a synergist or alternative attractant. For example the use of pear ester (DA)  incorporated or alongside pheromone lures for codling moth increases the number of moths captured in the trap, but a percentage of those moths captured in such traps will be females whereas traps with just pheromone lures only capture males. Camouflage is probably not the best description, because there are a number of potential mechanisms that affect moth behaviour towards pheromones, and there is not enough space here to go into those mechanisms. The ultimate result, however, is to reduce the number of female moths that have been successfully mated by males. This generally manifests as a delay in mating that results in the females having less time to lay their full complement of eggs before they die.

All of this means that for the same population size and trapping density, you would expect greater capture of males in traps in blocks that are not treated with mating disruption than you would get in disrupted blocks. That means that the thresholds for taking action are lower in disrupted blocks using the same type of trap. The actual threshold depends on the type of trap (wing vs delta), the type of lure in the trap, the height at which the trap is placed in the tree, and the spacing or density of the trapping grid. General thresholds for codling moth without mating disruption are around 3 male moths/trap/week with traps at 1 trap/ha, and 1 male moth/trap/week in disrupted blocks with traps at 1 trap/ha. Once you start adding other components into lures then you should follow the instructions provided by the suppliers of the lures. Addition of chemicals that attract female codling moths mean that you should sex the moths in the trap.

The modes of action of mating disruption are slightly different for LBAM and oriental fruit moth (OFM) but the overall effect is similar. The thresholds for trapping these species are different to those for codling moth. For LBAM in a non-disrupted block the threshold is generally >8 moths/trap/week. For OFM the threshold changes throughout the season because the early generations usually attack the twig shoots and later generations attack the fruit. LBAM is a native insect and does not enter diapause. This means that all stages are present throughout the year and they could be in neighbouring vegetation or on weeds on the orchard floor. In early spring the first influx of LBAM females may have mated outside the block.

Regardless of which species is being targeted it is wise to start trapping early and to graph the number of captured insects to help you determine the biofix to start your prediction models. Those models predict when egg laying and hatch will be occurring and then you use the threshold moth numbers to determine if you need to spray.