Pheromone traps are commonly used to monitor for lightbrown apple moth (LBAM). In Western Australia another species, western fruit moth (WFM), occurs. While these species are almost indistinguishable in appearance it is critically important to know which pest is present in your orchard to decide which pheromone to use. The pheromones are species specific. Use of the wrong pheromone will give misleading monitoring results.

The photo below shows two sticky bases from pheromone traps placed in the same block of a Manjimup apple orchard, the one on the left has a LBAM lure, the one on the right a WFM lure. Note how no LBAM were caught but there were a high number of WFM. 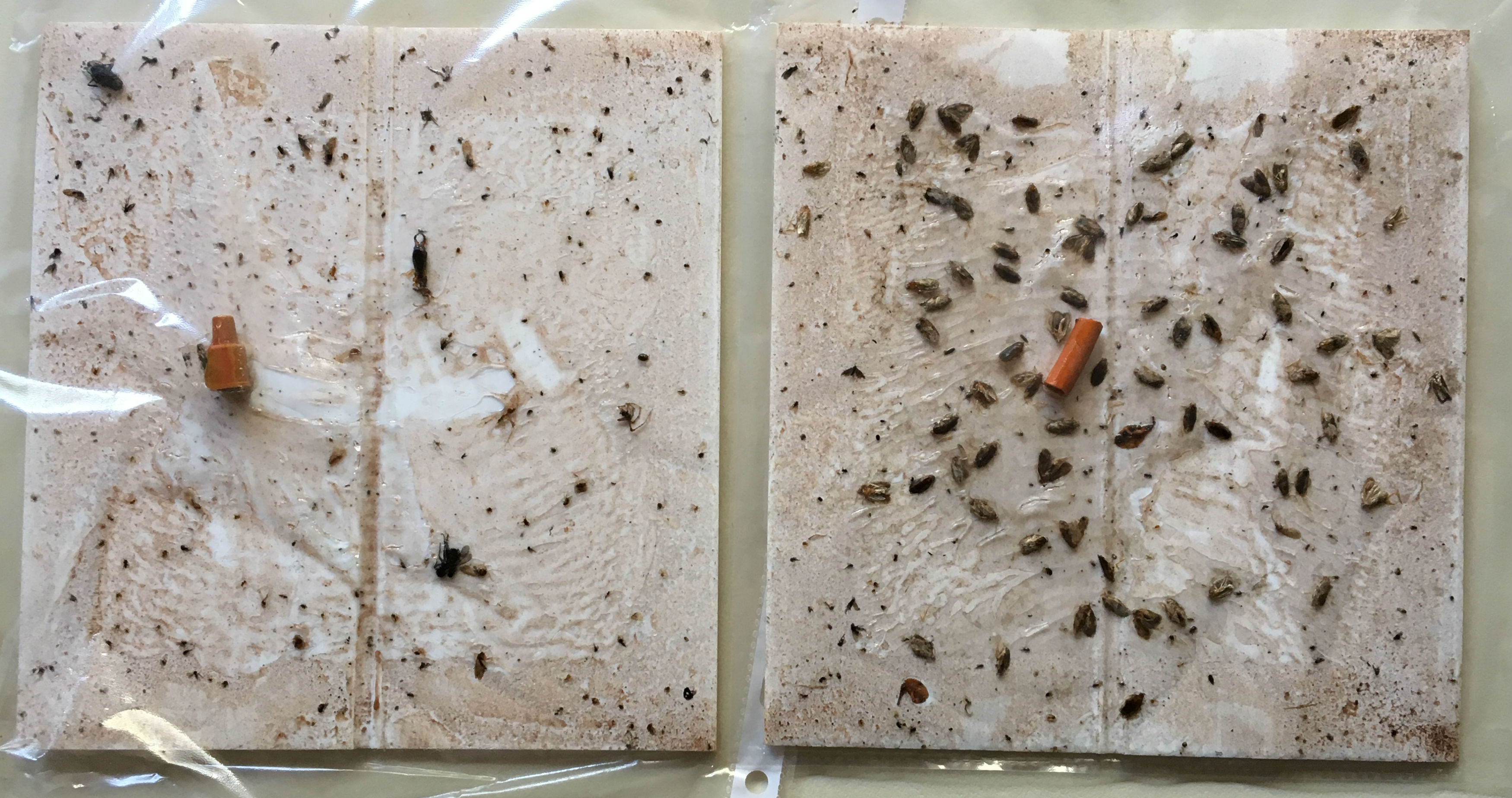 If you grow around Manjimup you should install monitoring traps with each species specific pheromone for monitoring. In other production areas the LBAM pheromone should be used but you may wish to use WFM traps as well. The different lures must be placed in separate traps so as you can distinguish which moth is present. Place a minimum of  three of each species trap per block, Traps for the same species should be spread evenly over a block, and have 10-30m between any two traps. Lures for WFM are available from one supplier only. Please contact DPIRD for details.

The recommended action threshold for LBAM and WFM in Western Australia is 5 or more moths caught in one trap in one week. When this threshold is reached check trees for larvae. Consider applying control once infestation of shoot/fruit clusters by larvae reaches 5%. Management for LBAM and WFM is the same.

I would like to purchase some WFM lures for our orchard in Manjimup WA could you please send me the information on the supplier. The company I work for is Newton Orchards.

Hi Sandi, Our WA Community of Practice member will be in touch with you directly.