In recent years you may have heard of a disease affecting Italian olive trees which has devastated entire olive groves and is responsible for the loss of thousand-year-old trees. The disease, sometimes referred to as “quick decline” or “olive tree leprosy”, is caused by the bacterium Xylella fastidiosa. It lives in the water transport structures of plants known as xylem and interferes with the absorption of water.

Xylella has been dubbed Australia’s number one National Priority Plant Pest. As many as 350 plants in Australia may be at risk. It has the potential to affect native and ornamental plants, as well as major horticultural industries such as almonds, citrus and grapes. There is no treatment for the disease, and it has not yet been shown that the bacteria can be successfully eradicated.

Despite the growing distribution of Xylella across the Americas, Europe and the Middle East, Australia currently benefits from its relative geographic isolation and remains free of the disease. However, the bacteria or one of its insect vectors may hitch a ride to Australia on imported goods, shipping containers, or infected propagation materials and live plants. 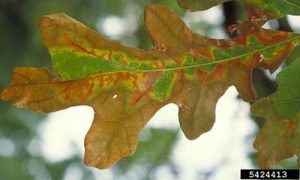 Secure any suspect plants or insects

If you suspect you have seen Xylella or one of its vectors place small plants in plastic bags, and, if possible, capture and contain insects.

Report your suspicions or detections