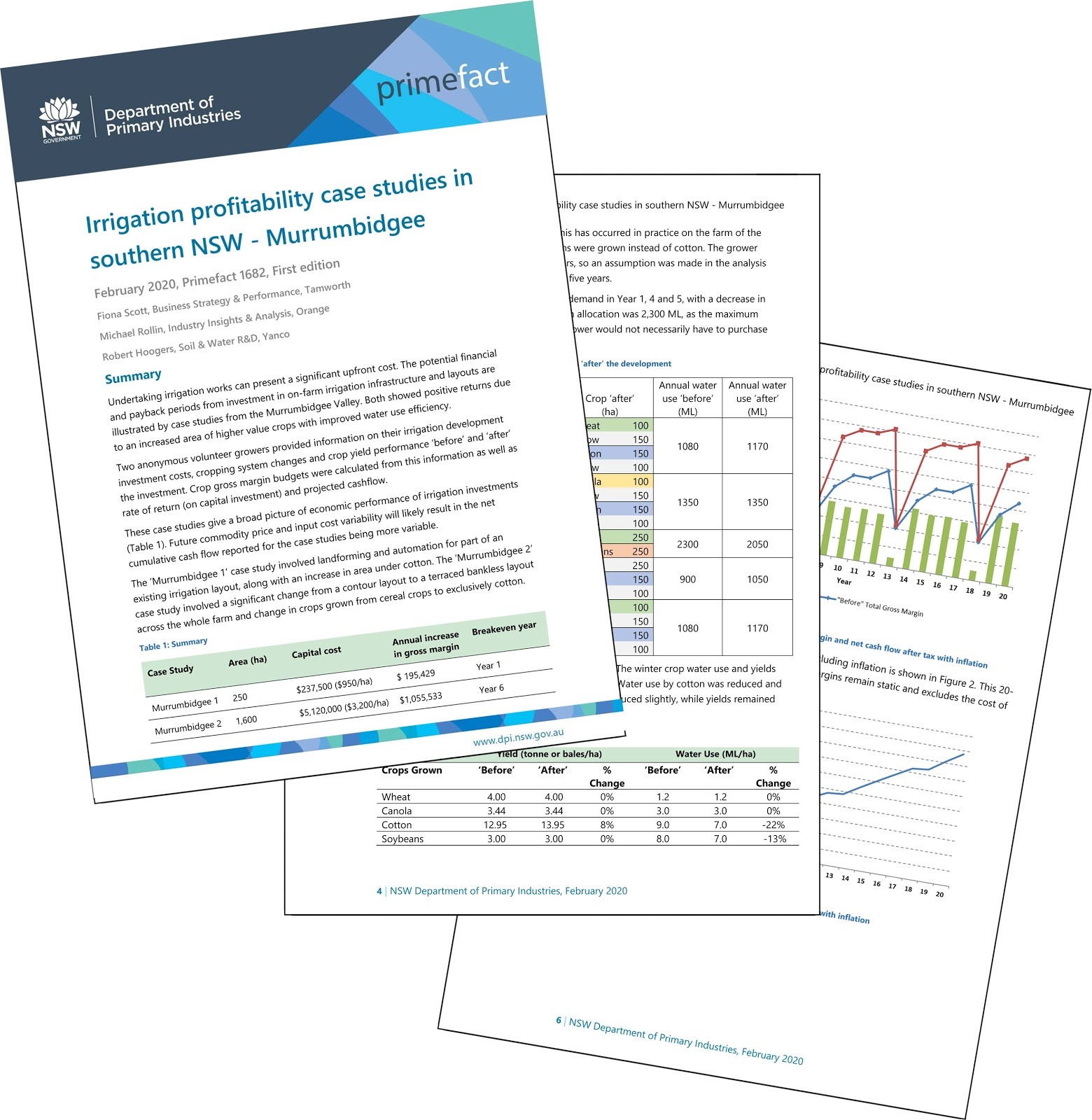 Upgrading irrigation infrastructure to achieve higher operational efficiencies and water productivity can present a significant upfront cost and knowing if it is the correct decision is not always straightforward.

In a recent project two farms in the Murrumbidgee were studied with capital costs for irrigation improvements costing $237,500 (Farm 1) and $5,120,000 (Farm 2) with respective payback periods projected at 1 and 6 years (excluding borrowing and repayments that may have been required).

The improvements made on each farm in this study were different with ‘Farm 1’ maintaining the same furrow based layouts improving 250 ha of land with landforming, channel upgrades and new control gates and automation.

‘Farm 1’ aimed to maintain the same cropping rotation after the development but the higher water productivity (shown in table 1) allowed for an increase in the proportion of summer crop grown.

Over the 5 year cropping rotation ‘Farm 1’ reduced wheat, canola and fallow area by 100 ha, 50 ha and 50 ha respectfully and increased cotton production by 200 ha while only increasing total water use by 80 ML.

Gross margin for the winter crops did not change, both cotton and soybeans showed improvements in both $/ha and $/ML with the biggest gain being a 45% increase in cotton’s $/ML gross margin. 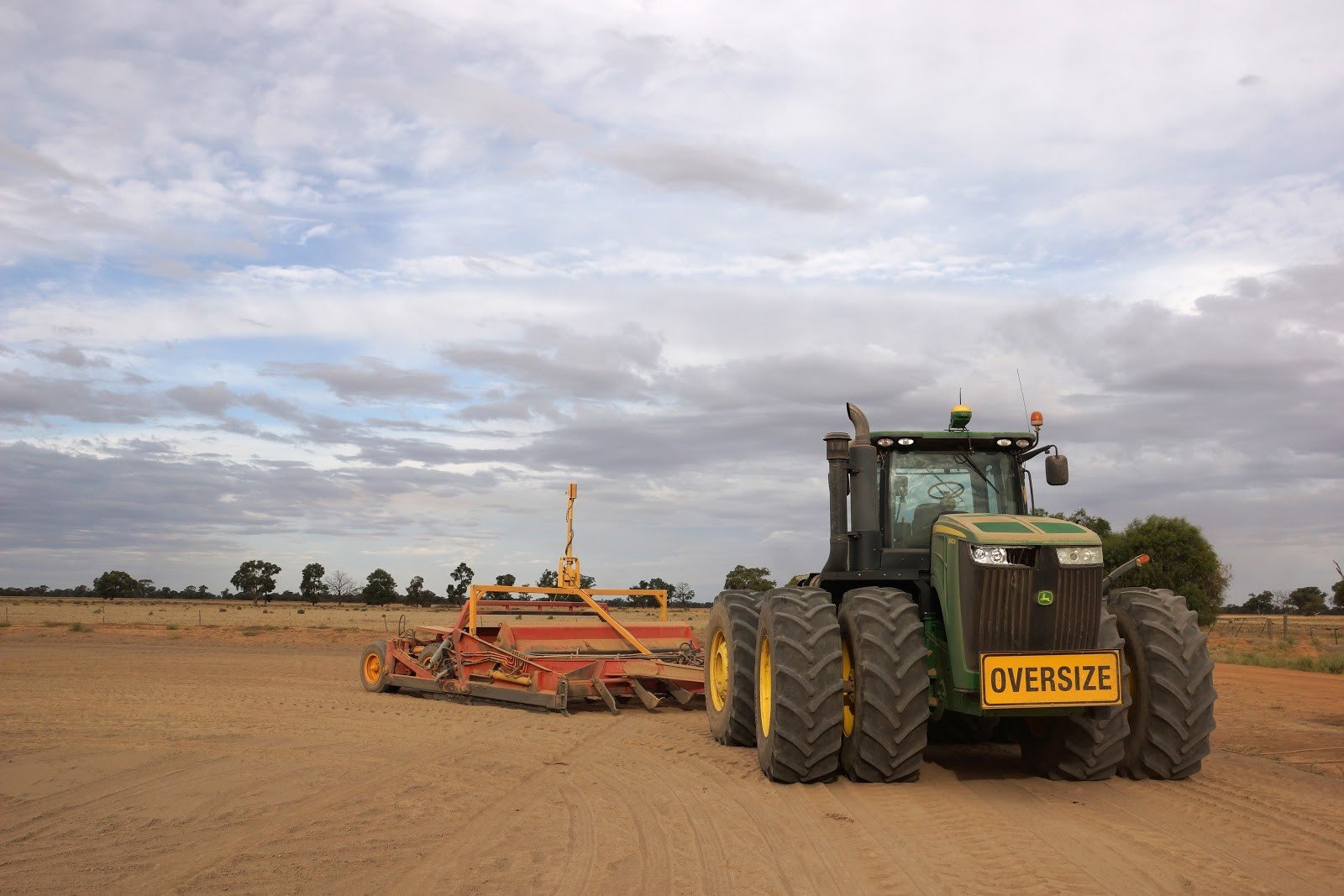 The second farm evaluated changed the entire farm from contour layout to bankless layout with automation and new water storage, the cost of this was significantly higher than ‘Farm 1’ at $2,262/ha compared to $950/ha. The new layouts of ‘Farm 2’ allowed the change of crop rotation from barley, wheat, rice and maize to exclusively cotton.

This change in cropping rotation also required significant investment in suitable machinery valued out at $1.5 million, this was also factored into the evaluation bringing the total amount spent to $3,200/ha.

Table 2: ‘Farm 2’ crop rotations ‘before’ and ‘after’ the development.

As shown in Table 2, the new cropping rotation has significantly reduced the total volume of water used on farm, and although total crop grown each year has been reduced, average total gross margins for ‘Farm 2’ have increased by $1,055,533.

The project was one of the sub-projects under the overarching ‘Smarter Irrigation for Profit’ program which was a partnership between the major irrigation industries of cotton, rice, dairy and sugar, led by CRDC in conjunction with RIRDC/AgriFutures, Dairy Australia, Sugar Research Australia and other research partners.