Birds, Bats and Other Animal Problems 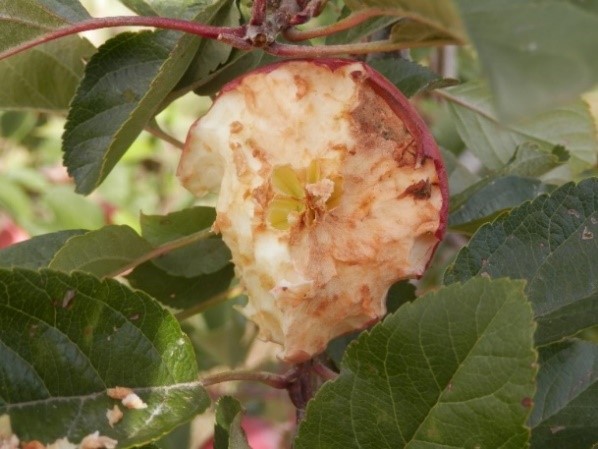 Australia’s apple and pear growing areas are located in several diverse regions throughout the country. Each of these regions has its own indigenous (and introduced) species of plants, animals and birds. Most of these species are not a problem for orchardists and can often be beneficial but there are several species that have become pests and cause economic and social problems for orchardists. The pest species vary region by region and the damage caused varies based on what species are causing the damage, the time of year and prevailing environmental conditions.

The following table provides a list of the most significant pest species for pome fruit orchardists around Australia. Individual orchardists may also have localised pest problems not listed.

The damage caused by these species is highly variable and depends on a large number of factors, many linked to environmental conditions such as drought, lack of native tree species flowering, pest species populations and impacts on native habitat. These influences do not necessarily need to be occurring in the actual growing district for there to be an impact on orchards and fruit. An example of this is the increasing damage being caused by the Grey Headed flying Fox (GHFF) in areas where it has never been seen before i.e. Adelaide Hills.

Damage can be caused to young developing trees, established trees and to the fruit. A broad generalisation is that the animal species tend to impact on the orchard and trees and the bat and bird species on the fruit. But this is not always the case as the large cockatoos can remove fruit and cause extensive damage to trees and branches with their powerful beaks.

Animal species can cause damage through feeding on leaves and bark that can lead to broken limbs, disrupted tree training, ringbarked branches through to destroyed trees. The control options for animal species vary considerably and are directly linked to the actual species and type of damage it is causing.

The Bat species feed in large numbers on the fruit in orchards, scratching, removing or damaging the fruit so that it no longer has any economic or commercial value (see photo below). They also cause damage to orchard nets and are extremely dangerous to handle without appropriate training and medical vaccinations (see our article Grey Headed Flying Fox moves south) 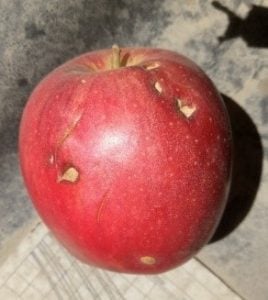 Birds cause similar commercial damage, the type and level of damage will depend on the species present and their numbers. Lorikeets tend to destroy the fruit by shredding the fruit whereas the Rosella species tend to damage the fruit as they seek the seeds. Larger Cockatoo species can remove entire fruits. 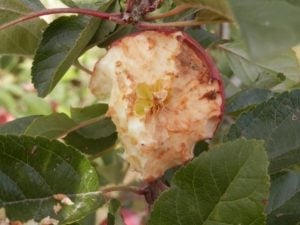 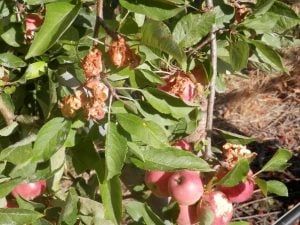 Historically a number of different control options have been used, most with varying levels of success. However, as the majority of the species listed in table 1 are Australian native species the control options available to orchardists are becoming increasingly restricted.

Each state has its own legislation in relation to the control and management of each species found in its state. In some situations, this is further reinforced with national legislation. This legislation clearly outlines the control/management options available for each species. Any species considered “endangered” will have very strict control options and penalties. Destruction of a species may be punished severely by law.  The Black Cockatoo’s in Western Australia are considered “endangered species” and are therefore protected by both National and state legislation. The penalty in WA for killing a Black Cockatoo is currently up to $10,000 per bird.

The use of protective nets over orchards either as fully structured nets or drop over nets (drape nets) is becoming the predominant method to protect orchards. It is essentially the only way crops can be protected from being destroyed from the Bats in particular.

The general steps in determining a control/management strategy are to:

Scaring devices/noise are also control options that could be considered depending on the severity of a specific problem and/or species. For these options consider:

The Western Australian Government has a Fact sheet called “Birds in Orchards” which can be downloaded from their website which gives some good practical information on using these techniques https://www.dpaw.wa.gov.au/images/documents/plants-animals/animals/living-with-wildlife/birds_in_orchards.pdf

Animal species will need to be managed specifically on the actual species, the “legal status” (pest or protected) of the species and the type of damage being caused. Kangaroos and wallabies in particular may be “protected”.  Feral pigs and deer can cause a lot of damage quickly and may require lethal control options.

Often wallabies and Kangaroos can be found grazing in orchards on a routine basis. They generally do not cause much damage as individual family groups but if mobs develop (as in drought conditions), they can cause serious damage.