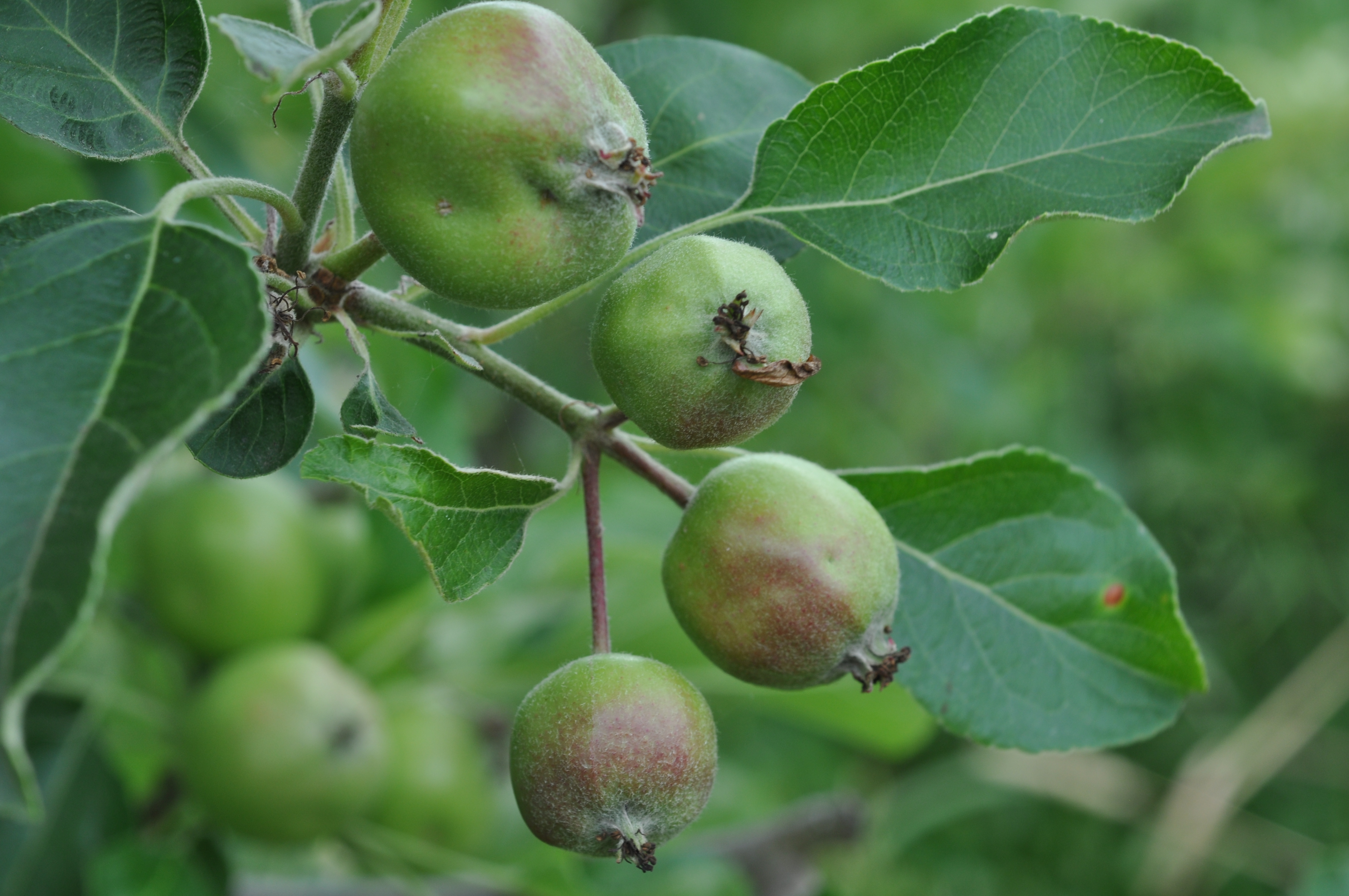 Apple dimpling bug (ADB) Campylomma liebknechti can be a serious pest of apples on the Australian mainland. This is not the bug that causes similar damage in Tasmania.

Damage is caused by the bugs feeding on the ovaries of flowers in spring, causing dimple-like deformities on developing fruit. The bugs are small, active, and often occur in high numbers almost overnight depending on weather conditions. Previous attempts to develop thresholds for ADB were based on the number of bugs detected by blossom jarring but this proved problematic due to variation in the length of the flowering period and inclement weather sometimes interfering with sampling. To overcome this a threshold based on bugdays (cumulative bug activity) over the flowering period was developed in NSW.

The very low threshold between pink and full bloom generally justifies a prophylactic spray being applied at late pink and then the use of the variable threshold to determine if a further spray is required later in the flowering period. It is important to minimise the number of sprays applied because those sprays can have a drastic impact on the survival of predatory mites, that control twospotted and European red mites, and parasitic wasps that control other pests. Chemicals other than fluvalinate are now registered against ADB and the spray thresholds for those products are likely to be higher, although they have not yet been determined.