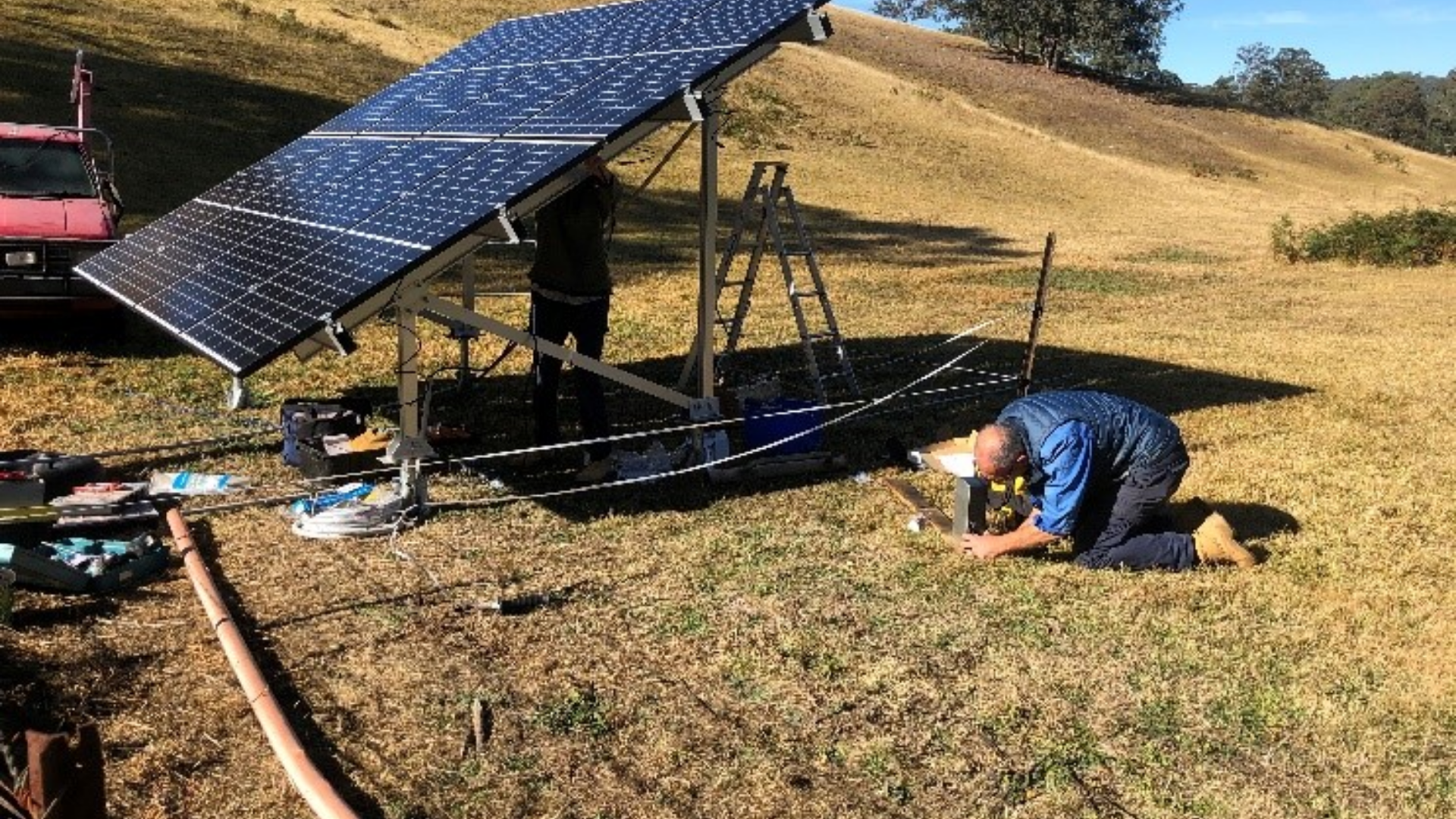 Solar pumping systems are well suited to pumping smaller water volumes such as for stock and domestic usage or small-scale irrigation. Free of ongoing power costs, proven reliability, very low maintenance and reasonable pricing make these a great option in a lot of situations. Both centrifugal and positive displacement pumps can be powered by solar, so high volumes and high heads are both possible.

These systems usually have a fail-safe shut down for low water levels or motor overheat. These protections give you confidence that even if something goes wrong and the pump stops it will not be damaged. They can also have flexible power supply options (e.g. 30-300 Volts DC or 90-240 Volts AC). This allows for a range in the number of solar panels that can be used and for the solar input to be supplemented by a battery, generator set, or mains power if needed.

My solar pump option was to be an alternative to the existing diesel pump which needed daily refuelling. With the need to pump about 150m head over 2 km for stock, domestic use and small-scale irrigation, it seemed a big ask for a solar system. But while this was at the top end of the capacity of some of solar systems, I discovered other systems that were rated up to 250m and even 450m head. 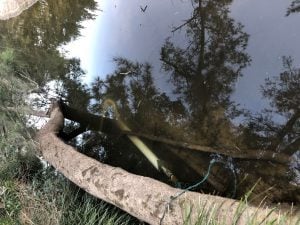 Comparing costs and benefits of solar

Before deciding to go ahead I did some rough cost and benefit estimates. Everyone’s situation and decision making will vary, but this is what I considered:

The solar pump, panels and controller set up cost $10,000 and maybe 30 hours to install (so around $1,000 in labour).  Once running, it is almost maintenance free (just cleaning the intake filter when I’m having a swim!). Estimated maintenance costs are around $200/year. If I assume an interest rate of 5-9% and the assumptions above, the payback looks like it will be between 3-4 years. However, this new solar system has freed me up from several hours a week of refuelling work at a critical time of day where I can spend time on more productive activities.

Solar panels in this case not only reduce costs but allow extra productivity.

There are many products and system possibilities depending on your needs, so talk with a range of learned folk, some of whom are involved in this community of practice.