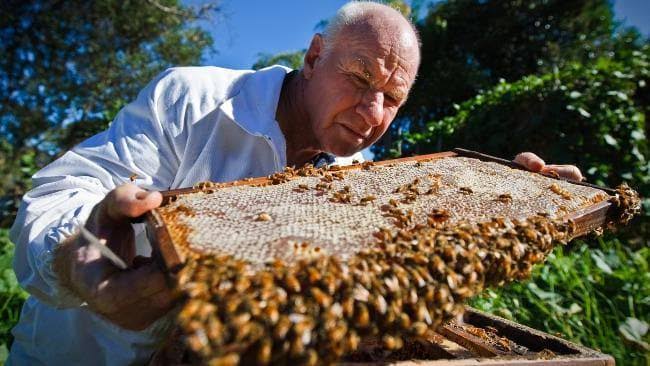 Bruce began in bees while at primary school. He worked at the NSW Department of Agriculture for 43 years as an apiary officer. Bruce has served on the RIRDC Honey Bee Research and Development Advisory Committee and the New South Wales Apiarist Association, had an active role in the Australian Queen Bee Breeding program and has contributed to beekeeping education and biosecurity. He has served as an ambassador for the beekeeping industry to over 25 countries, including New Zealand, Russia, the Solomon Islands, Vanuatu, Fiji, Papua New Guinea, United Arab Emirates, Germany, England, Korea, Thailand and Tonga. He has served as a honey judge both locally and internationally.

Now retired, Bruce continues to generously contribute his time, knowledge and experience to beekeeper education, in particular to the burgeoning hobbyist sector. In 2009 Bruce received the Goodacre Award, and in 2011 an Order of Australia Medal and the AHBIC Award of Excellence for services to the beekeeping industry, further, he was recognised by the Royal Agricultural Society as an Easter show Legend in 2018.

How to produce award-winning honey

Honey shows take place at conferences and agricultural fairs. They are a great way to promote the industry to the public in terms of the …
Read More