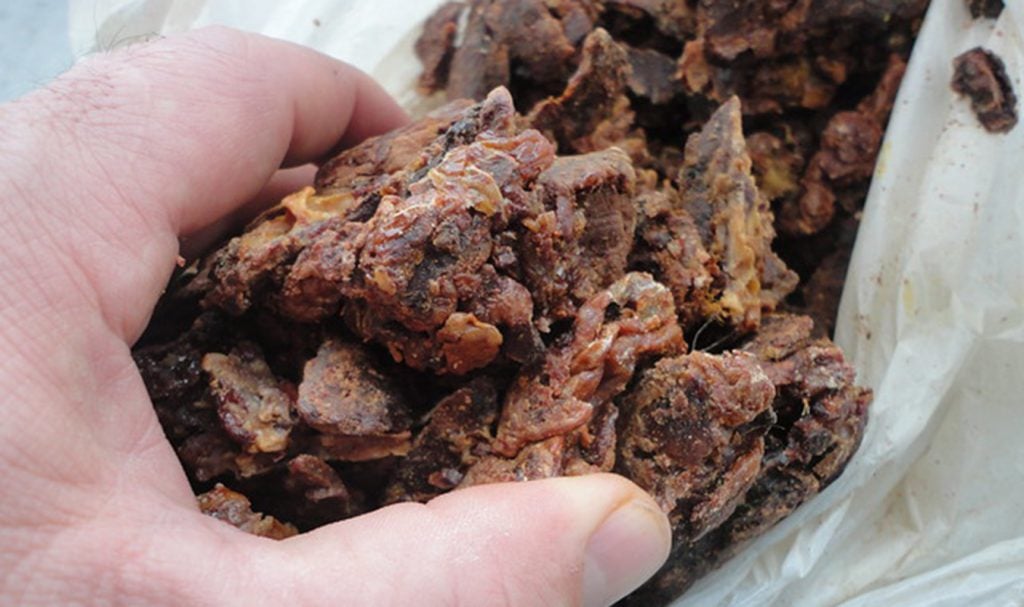 Propolis is produced by honey bees from saliva, beeswax and plant exudes. Propolis has antibacterial properties and can serve as an ‘external’ immune system for the colony, helping to prevent microbial or fungal growth in the hive. Honey bees also use it to plug holes and ‘cement’ honey frames to the colony, which can help waterproof hive walls and provide structural stability.

Ancient Egyptians, Assyrians and Greeks used propolis in traditional medicines. There is an emerging market for propolis for use in cosmetics and alternative medicines and some medical studies have demonstrated efficacy.

The AgriFutures Australia Honey Bee and Pollination program commissioned a report into the viability of a propolis market in Australia.

Propolis can be obtained by scraping it from supers and frames. Alternatively, propolis mats can be placed in the hive. Propolis mats start at around $8.00 each. Once they are full the propolis can be scraped off in cold weather (23oC) or frozen first before scraping. You can expect to yield approximately 150-200g per hive per year. Cooler areas and areas with specific floral compositions, such as native sedge grasses, tend to produce more propolis. Propolis extraction is a complex process.

Raw propolis is worth $33-197 per kilo in New Zealand, depending on test results or processed propolis yield. The New Zealand industry is worth approximately $3.75 million. The New Zealand market is highly developed, with propolis processors offering a propolis mat drop-off and pick-up service.

The Australian market is currently small and underdeveloped. Propolis was the second fastest growing dietary supplement in Australia in 2016-2017. By 2022 it is forecast that propolis sales in Australia will be $40 million.

Why take up propolis production? 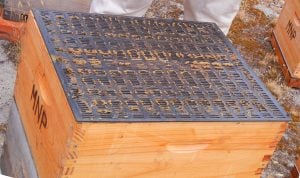 What is needed to establish the market?