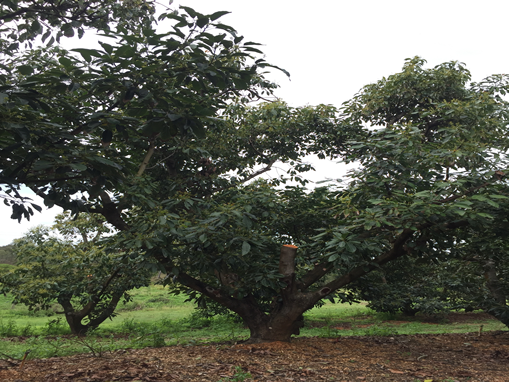 Irrigators may be faced with reduced water allocations at some stage in the future. In this situation a range of decisions may need to be made including:

The success of a drought irrigation strategy must consider the impacts in both the drought season(s) and subsequent seasons.

Drought fact sheets have been produced for three crops: avocado, grapevine and almond.

Avocados have relatively high water requirements compared to other horticultural crops, and correct irrigation is an important practice in their production.  There may be very little that can be done to save significant amounts of water with avocados, other than standard efficient irrigation practices. Water budgeting and purchasing additional water to deliver full production potential to selected blocks, canopy reduction, patch prioritisation and possibly bringing forward redevelopment plans are the most likely strategies to be considered when managing low water availability.

The effects of inadequate moisture are not temporary for avocado. A survival mechanism exists where moisture stress leads to blockages in the tree’s water conducting tissues until new conductive tissue is grown. (often termed ‘drought memory’). Water movement can be reduced for up to two years after the stress period has occurred.

It is important to avoid moisture stress in avocados at all growth stages, but particularly at:

Water demand continues in winter, but at a much reduced rate, as fruit sizing is occurring and roots are still actively growing.

Grapevines are generally better at recovering from extended periods of low water applications than most other crop types. Vines are often chosen as the ‘sacrifice’ if prioritising irrigation in a mixed horticultural enterprise.

There are five main development stages in grapevines:

Almonds also have relatively high water requirements compared to other horticultural crops. Restricting water is complicated because non-fruiting spurs formed in one year may produce fruit in subsequent seasons. The carryover effects of water stress on yield will depend on the severity of stress and time of year it is applied. A lack of water late in the season up until harvest leads to a reduction in fruiting spurs and future yield potential. This occurring over one season may not lead to a dramatic decrease in the following season’s yield, but the effect can be cumulative. If spur numbers are already reduced due to a year of deficit irrigation, future production will decline more if low water is extended due to low water supply.

The period from budburst onwards is a time of rapid vegetative growth that is necessary to establish buds and carbohydrate reserves for future crops.

Almond kernel development follows a three-stage process. During stage one, rapid growth of the hull, shell and integuments occurs. This stage ends once hull, shell and kernel have reached their maximum size, about two months after flowering. Water stress during this period results in increased nut drop and smaller kernels.

The final period of fruit growth is the pre-harvest period of stage three. Hull, shell and kernel differentiation is complete. The kernel begins to accumulate solids. Maturity is signaled by the onset of hull split and the formation of an abscission layer. Both are impacted by irrigation. Too much water can increase the duration of the hull split period and delay harvest, and too little can increase hull tights.