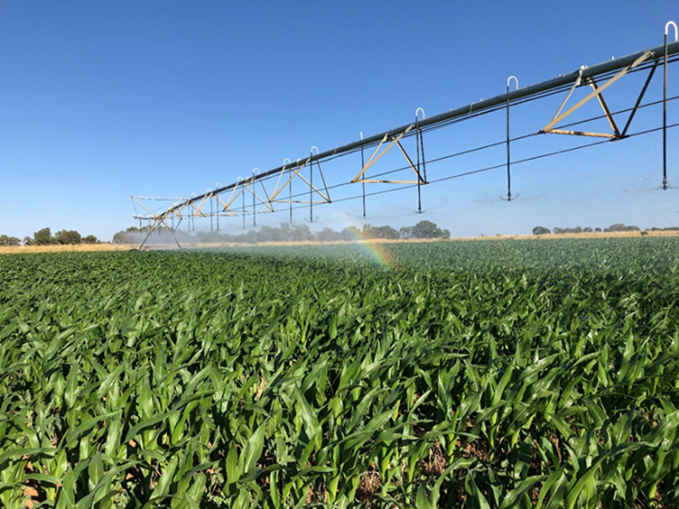 Following a recent assessment of a centre pivot irrigation system, modifications were made to improve energy efficiency by approximately 20%.

Agriculture Victoria staff identified opportunities to improve the system’s efficiency based on the results of the system check.

Replacing 36 nozzles, altering the nozzle pack design, and replacing 15 regulators at a total cost of $300 lowered the system pressure significantly. This reduced electricity running costs and took advantage of the oversized pump that was part of the original setup by increasing the system capacity of the pivot. The efficiency of the pump was improved by operating closer to the pump’s most efficient flow rate and pressure (Best Efficiency Point).

Changing the nozzles and regulators led to an increase in system capacity from 10 mm/day to 15.7 mm/day. This reduced the required operating hours, meaning crop water demand could easily be matched, greatly reducing both crop and farmer stress levels. It also enabled more operating hours with off peak electricity further reducing energy costs.

The system assessment identified two ways to improve application uniformity: replacement of the static plate sprinkler pack and removal of the end-gun.

This pivot was fitted with static plate sprinklers, which were not uncommon in older centre pivots in the Goulburn Valley. Static plate sprinklers emit several constant streams of water, which means the application rate and depth is very high at the spots where the individual streams hit the ground. This results in poor application uniformity and the high point application rates can cause soil crusting and infiltration problems.

Modern moving plate sprinklers randomly scatter droplets over a much larger area, dramatically reducing application rate and improving distribution uniformity. A moving plate sprinkler pack, (an “accelerator pack’) was fitted to the pivot. Application uniformity improved from 79% to an excellent 94%, and the farmer found he could apply a much higher application depth without causing runoff. 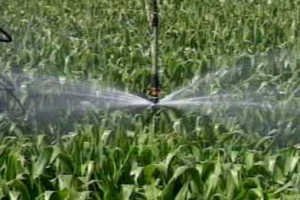 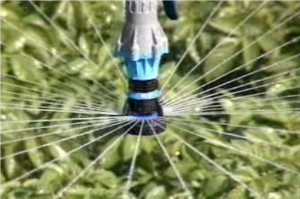 End-guns have notoriously poor application uniformity. This means some areas of the paddock were receiving much more water than others. The end-gun on this pivot was no exception. In this case the irrigator agreed that the extra ground irrigated by the end gun did not justify the increased running costs and the compromised irrigation efficiency of the system. The end gun was removed.

The Agriculture Victoria irrigation services team offered system checks on Centre Pivot and Lateral Move (CPLM) irrigation systems in northern Victoria under the Sustainable Irrigation Program and in partnership with DELWP and Goulburn Broken CMA. The system checks assessed the uniformity of irrigation water application, pump performance and the design of the system.

This service has helped irrigators to:

If you are interested in the assessment program or would like to discuss the proposed design of your planned irrigation system, contact Agriculture Victoria Irrigation Services Nick O’Halloran on 03 5833 5222.