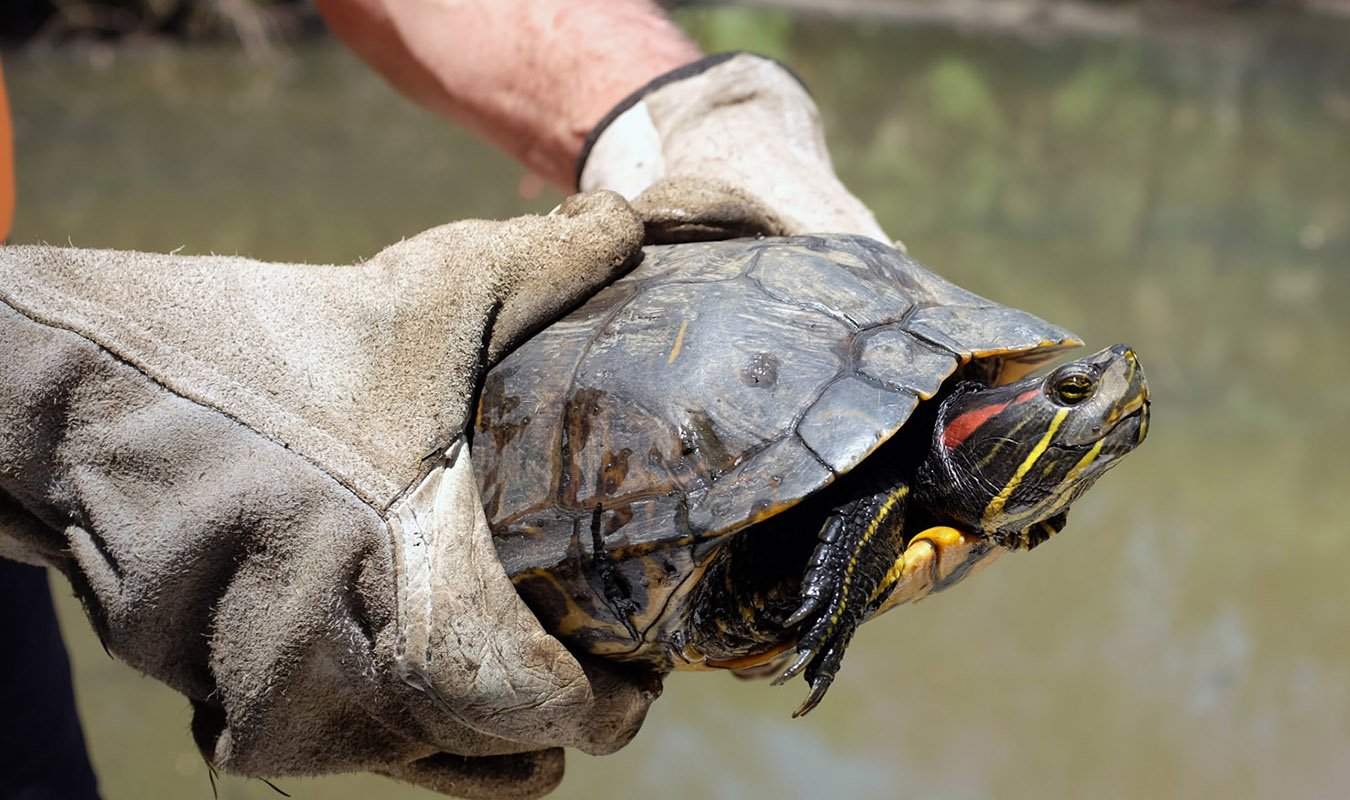 The red-eared slider turtle (Trachemys scripta elegans) is a semi-aquatic turtle that is native to southern USA and northern Mexico. It is the most popular pet turtle in the USA and is commonly traded around the world. As a consequence, the red-eared slider has become an invasive species in many countries.  (Photo of red-eared  slider turtle taken at Lime Kiln Bay Wetlands, Oatley November 2019 – Photo: Courtesy David Mercer)

The red-eared slider turtle gets its name from the small red stripe around its ears and from its ability to slide quickly off rocks and logs into the water. The turtle is listed by the International Union for Conservation of Nature as ‘one of the world’s worst invasive alien species’. It is considered an environmental pest outside its natural range because the species compete with native turtles such as our long-necked tortoise, for food, nesting areas and basking sites.

Red-eared slider turtles are recognised carriers of the Salmonella bacterium. Infection of humans caused by the handling of turtles has led to restrictions on the sale of red-eared sliders in the USA.

Red-eared slider turtles have been smuggled into Australia and are known to be illegally kept and released into the environment. Consequently, established populations have recently been found in urban and semi-rural areas.

What can you do if you see one?

If you see a Red-eared slider please report it via the online form at Report an unusual animal sighting.

For more information, including how to identify and what to do if you find one, visit the NSW Department of Primary Industries website.

Pests and Diseases, Protect Your Environment