What is the national honey levy? 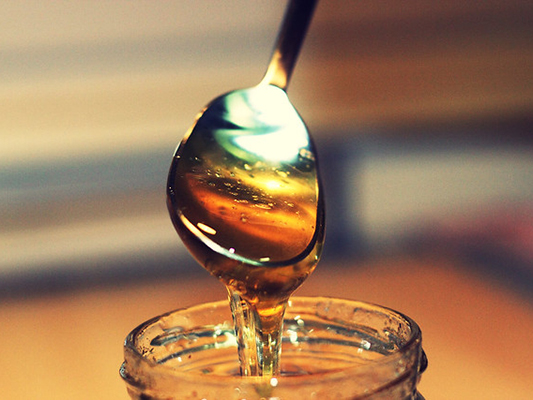 The National Honey Levy is a compulsory levy established in 1962 at the request of the Australian honey bee industry. Honey that is produced in Australia and sold, exported or used in the production of other goods attracts a levy and export charge. The government collects the levy on behalf of the industry and invests the funds on the recommendations of the Australian Honeybee Industry Council (AHBIC).

Who pays the national honey levy?

If an individual beekeeper produces more than 1,500 kilograms of honey in a calendar year and sells their honey by designated sale or uses their honey in the production of other goods, the individual must lodge a return and make a payment to the Federal Department of Agriculture.

Although beekeepers generate a range of products and services including honey, beeswax, queen bees, packaged bees, nucleus hives, pollen, propolis and paid pollination services the honey levy is only paid on honey. An intermediary, such as a honey packer or exporting agent, must lodge a return and make a payment. The intermediary can recover from the beekeeper the amount of levy or charge paid. Honey exporters, that is, those who own the honey at the time of export must lodge a return and make a payment.

How much is the national honey levy and what is it used for?

From the diagram below it can be seen that of every 4.6 cents collected 2.7 cents is put into a fund for emergency pest responses (eg. fighting Varroa incursions), 1.5 cents is allocated to R&D investment via AgriFutures Honey Bee and Pollination Program, 0.3 cents is used for National residue testing and 0.1 cents goes to Plant Health Australia. 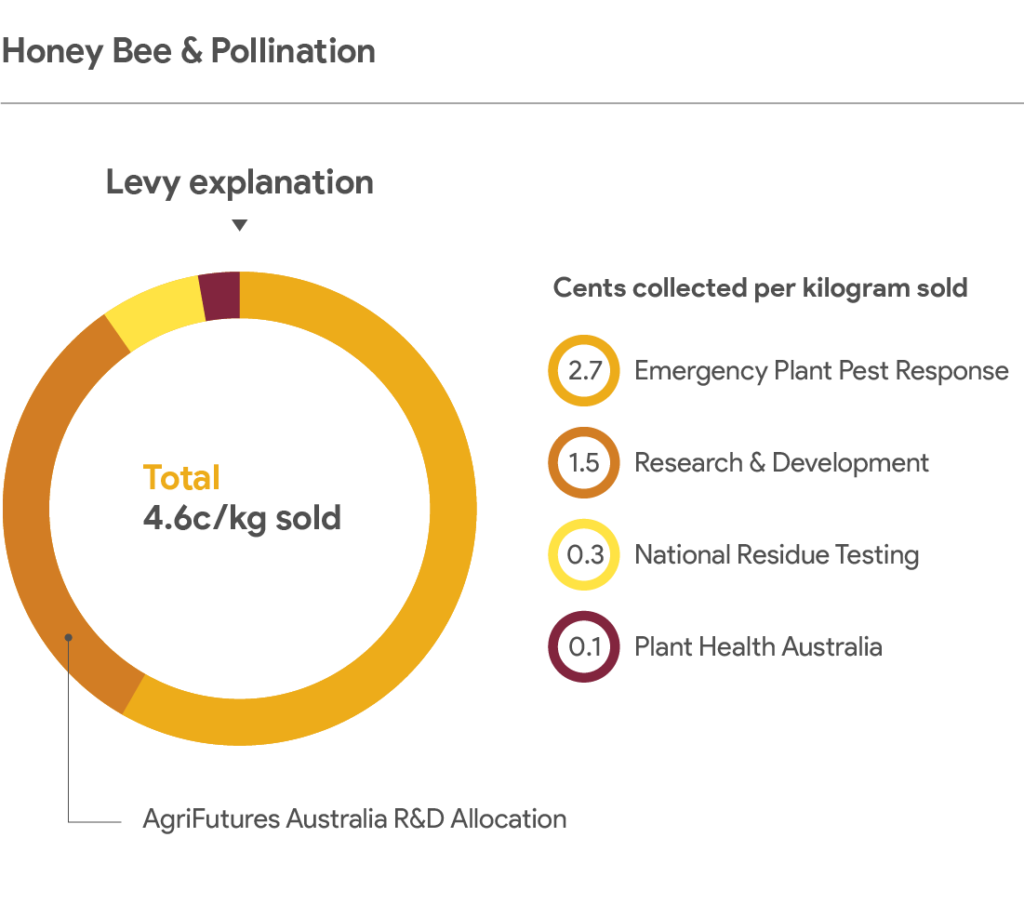 Why paying the national honey levy is important

AgriFutures Australia receives the RD&E levy, collected from beekeepers, to invest in line with the industry objectives of the five-year RD&E plan. Up to half of program expenditure, including RD&E expenditure, is matched by the Australian Government at up to 0.5% of industry GVP

While honey production is highly dependent on seasonal conditions, total annual production is estimated to be around 30,000 tonnes. However, between 2012 and 2018 the levy was collected on an average of 19,838 tonnes per annum from those compliant with the levy. Non-payment of levy (‘leakage’) appears to account for approximately one third of commercial beekeeper honey production. This is significant and possibly reflects the large share of commercial beekeeper honey sales that occur through channels other than the major processors.

Non-payment of levies means the industry is missing out on crucial funding (approximately $460,000 in levies per annum this includes $150,000 in RD&E levies, and $150,000 in matched Australian government funding per annum) for investment in RD&E.

AgriFutures™ Honey Bee and Pollination Program recently commissioned a study to review the current honey bee industry levies, fees and charges to make a recommendation on an appropriate levy structure to serve the industry in the future. Such recommendations include:

While not noted in the report a voluntary contribution from non-commercial beekeepers could be established and would make a significant impact on RD&E investment.

In the video Peter McDonald, Chair of the Australian Honey Bee Industry Council explains the importance of honey levies.

About the author Diana Leemon