The rise of the Fall armyworm 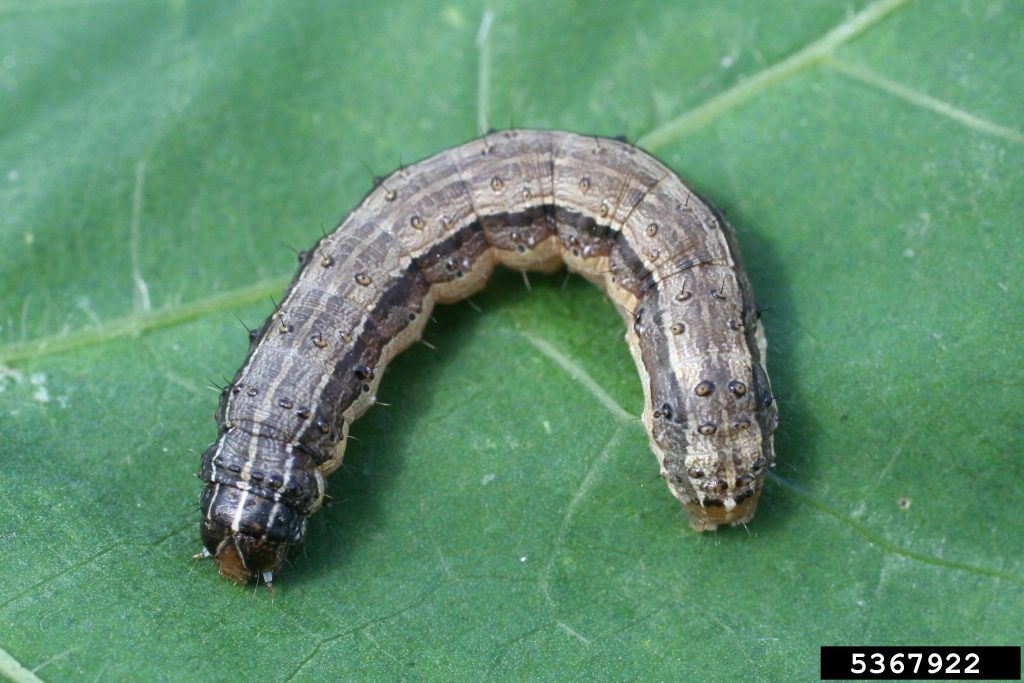 The fall armyworm (FAW) is a moth native to the subtropical and tropical Americas, including the United States and Brazil. It poses a significant threat to Australian agriculture and our economy, and is listed on the Department of Agriculture’s Top 42 Plant Pests. In 2016, FAW was detected in West Africa. By 2018, 44 countries across sub-Saharan Africa were invaded, and the first detections in India and Yemen had occurred. Since then, rapid spread has continued to China, south-east Asia, and now, Australia.

FAW was first sighted in the Torres Strait Islands in January 2020. Several detections followed across Far North Queensland in February and March 2020, and in the Northern Territory in March 2020, demonstrating how quickly FAW can spread and making eradication unfeasible.

FAW then continued to spread south towards Southern and Central Queensland, NSW, and it also became established throughout Western Australia. In December 2020, fall armyworm was recorded in Victoria, making South Australia and Tasmania the only two states where there have been no confirmed sightings of fall armyworm.

FAW has recently been detected in regional Victoria, and may expand its range into urban Melbourne due to the diversity of plant species that may play host to such a pest. Once an exotic pest establishes in an urban area it can ‘incubate’ and provide a population source from which the adult moths can migrate and establish new colonies in agricultural areas. 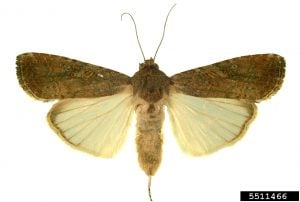 How bad is it?

The FAW is not a picky eater, with a diet that consists of more than 350 plants, including various vegetables (sweetcorn, potato, sweet potato, among others). FAW travel in ‘armies’, and are very destructive. In cases overseas, packs of FAW have stripped entire fields and cost industries millions.

However, it should be noted that in recent cases overseas such dramatic impacts have often been observed on small-scale subsistence farming operations that are often not representative of Australian farming operations. Further, Australian growers already actively manage other lepidopteran species, such as Helicoverpa armigera. This means that it is difficult to predict the impact that will be experienced on Australian farms. 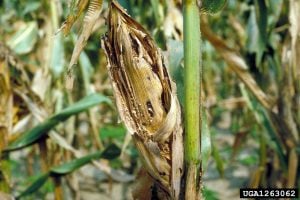 So how do I know if I’ve spotted fall armyworm? Well, a good way to differentiate FAW from other armyworms is to look at the larvae. A FAW caterpillar has very distinct, dark raised spots, from which hardened bristles stick out. The most distinctive of these spots are four black spots on its eighth abdominal segment arranged in a square (see image).

Tips to help you keep an eye out

Community and growers alike should be extremely vigilant of FAW, given that it is now present in many parts of Australia.

Keeping track of distribution expansion from currently affected areas across Australia will help us stay ahead of the curve. An important action to take at the moment is for those inspecting crops regularly to become familiar with how to identify fall armyworm and to report suspect sightings to the Exotic Plant Pest Hotline on 1800 084 881.

Detecting FAW in urban areas will aid protection of our food security.

FAW has the ability to travel far and wide, sometimes covering 100km in one night!

FAW might not just spread to new locations by flying, it can also spread by movement of infested produce or cargo! 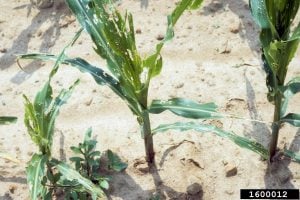 Take a look at this video of the Fall armyworm life cycle.

Queensland Government have a Fall armyworm larvae guide publication and DPIR have developed a factsheet.

Cesar Australia have a PestFacts issue from a south-eastern Australia perspective.

Further diagnostic information can be found on the Beatsheet.