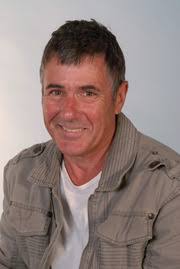 Ben began keeping bees when he was 9 years old. Ben started his career as a quantitative geneticist, working on practical problems of bee breeding during his PhD at the University of Sydney and then at the Victorian Department of Agriculture. He worked on population genetics of Africanized bees in central America while at the USDA bee lab in Baton Rouge, before returning to Australia to work at Latrobe University. Ben is currently a professor at the University of Sydney.

Ben is an expert on Asian honey bees, and has performed extensive research on honey bees in South Africa and Australian native bees. Ben is particularly interested in the mechanisms by which social cohesion is maintained in bee colonies. He bred a unique strain of bees in which workers lay eggs with high frequency. These ‘anarchistic’ bees provide a superb resource for investigating the mechanisms by which worker sterility is maintained in normal colonies. By comparing the behaviour and genetics of normal and anarchistic bees, we try to uncover the fundamental properties of social insects.

Ben has undertaken numerous AgriFutures Australia projects and built Australia’s honey bee research capacity through the large number of students and young researchers he has mentored. Ben was awarded the Goodacre Memorial Award in 2018 in recognition of his service to the Australian beekeeping industry.

You have probably heard that the honey bees of Kangaroo Island in South Australia are a special breed of ‘Ligurian’ Italian bees. Liguria is the …
Read More