For a colony to show hygienic behaviour, there are three things the workers must do.

Hygienic behaviour can reduce the spread of American foulbrood (AFB) if infected pupae are removed before the AFB bacteria sporulate; that is, within 9 days of egg hatching.

It is unclear if hygienic behaviour assists in the reduction of European foulbrood.

Hygienic behaviour is the primary mechanism of resistance against chalkbrood. Again, infected larvae need to be removed before the fungus sporulates. Freeze-killed brood assays do not always correlate well with chalkbrood resistance.

Evidence for hygienic behaviour providing resistance to Varroa mites is mixed. It has been suggested that quantifying the removal of brood inoculated with a single mite per cell is a more appropriate test than traditional hygienic behaviour assays.

Hygienic behaviour has been positively correlated with honey production in a number of small studies. 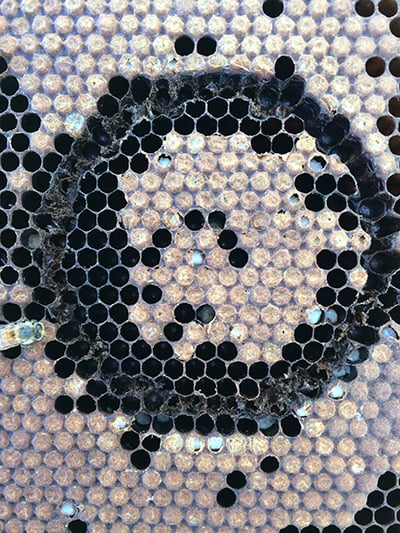 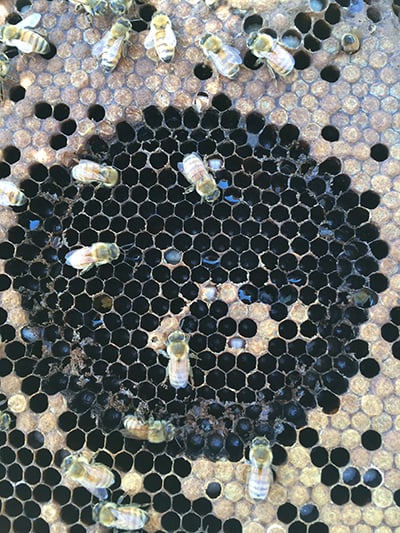 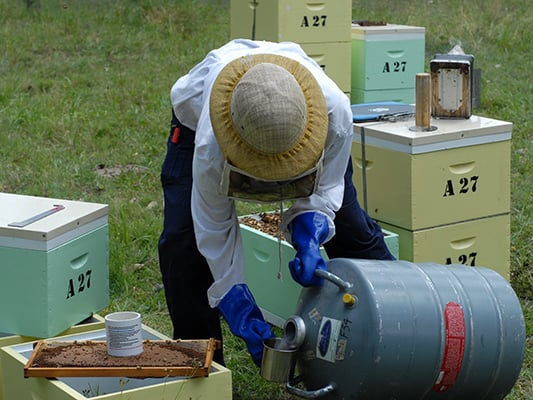 The nitrogen-killed brood test involves pouring liquid nitrogen into a PVC pipe that has been placed on a brood frame.

This is the method recommended for use in Australia. An area of comb with a known number of brood cells is treated with liquid nitrogen and returned to the hive. The proportion of emptied cells compared to cells with brood remaining after 24 hours is the measure of how hygienic the colony is. A colony must remove a minimum of 95% of the nitrogen-killed brood to be considered hygienic. Liquid nitrogen can cause cold burns and asphyxiation, so ensure that you use appropriate personal protective equipment, always perform tests outside or in well-ventilated areas, and make use of the free book and fact sheet.