Apis mellifera scutellata was introduced to Brazil from Africa in 1956 to solve the issue of poor performance of European honey bees in Brazil. The bees escaped from the breeding program, mated with the European subspecies that had previously been introduced, and their hybrid progeny has now spread over much of South and Central America and the southern states of the USA.

The bees earned the title ‘Africanized killer bees’ due to their highly agressive nature. 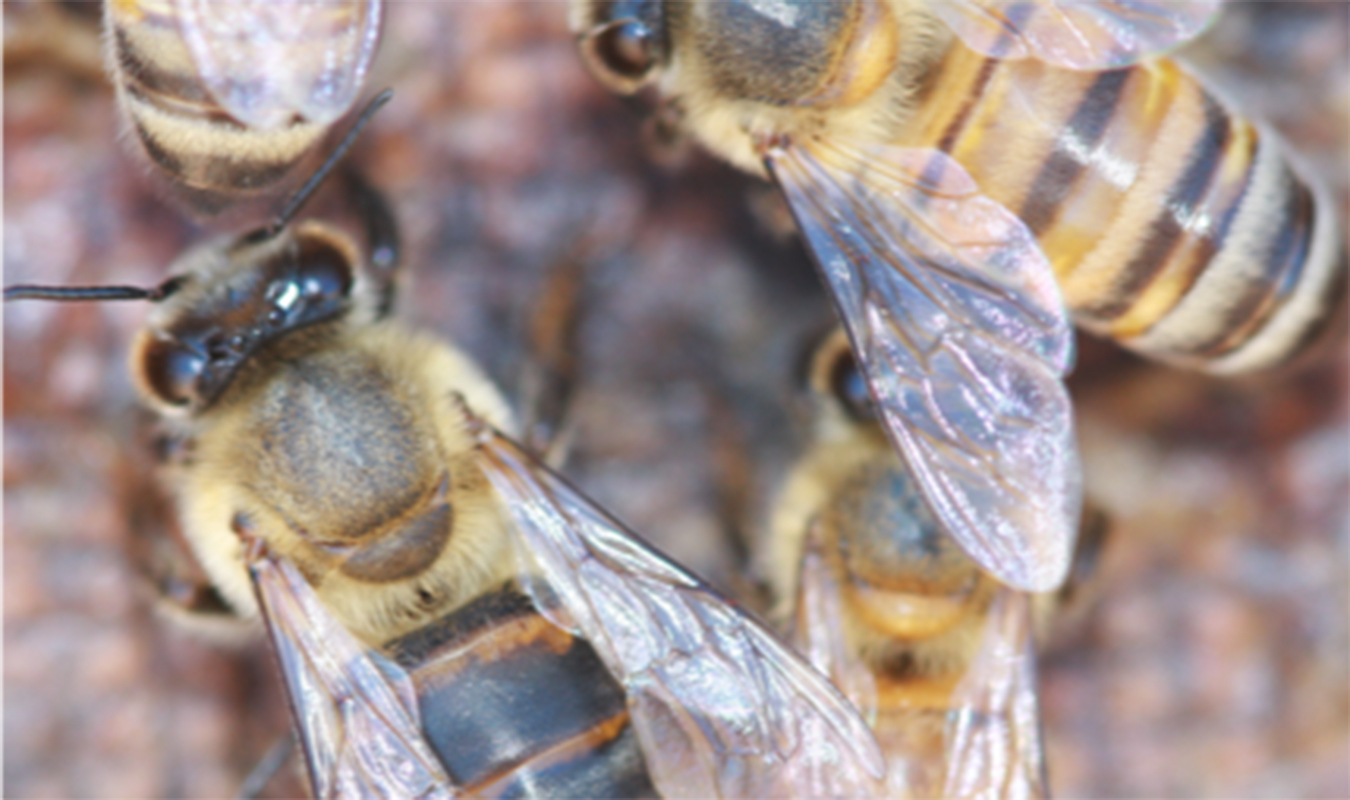 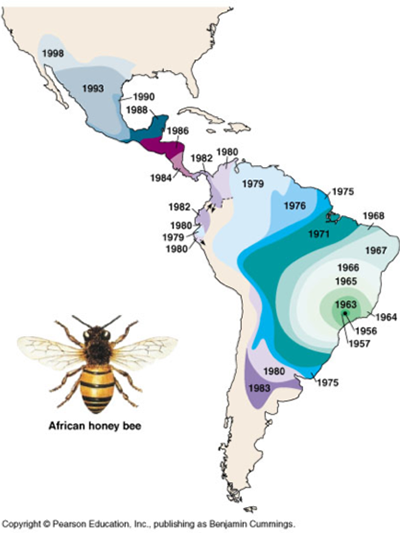 The bees earned the title ‘Africanized killer bees’ due to their highly aggressive nature. This, coupled with their frequent swarming, has led to them being considered poorly-suited for beekeeping. This has led to a drop in the number of beekeepers in newly-affected areas, while at the same time the high density of feral Africanized bee colonies is suggested to reduce the floral resources available for the commercial beekeepers that remain. Gentler strains have arisen in several places, such as Puerto Rico.

Another honey bee subspecies from Africa is also highly undesirable, the Cape honey bee (Apis mellifera capensis). The workers of this subspecies are capable of cloning themselves. These clones tend to make more clones rather than spend their time helping to raise the queen’s brood and foraging for food. Further, they enter other colonies and lay their brood there too. This often ends with the death of the queen and the eventual death of the colony due to the large number of reproductive ‘workers’.

Africanized honey bees, A. m. scutellata and A. m. capensis are not present in Australia. An AgriFutures Australia project developed a test for use at quarantine, to ensure that imported honey bee queens and semen do not contain these genetics. 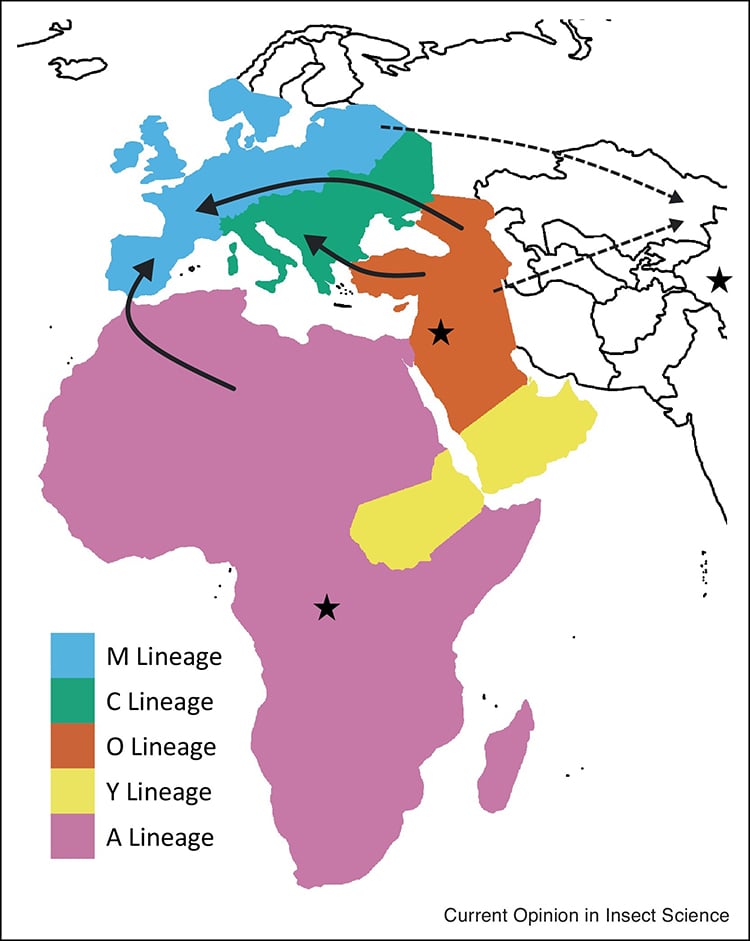 Honey bees can be separated into at least 5 ancient lineages; African (A), West European (M), East European (C) Middle Eastern (O) and the Y lineage. The devised test assigns the proportion of ancestry to three of these lineages. The researchers used their test on bees from Western Europe (A. m. iberiensis and A. m. mellifera); Eastern Europe (A. m. ligustica, A. m. carnica); Africa (A. m. scutellata, A. m. capensis); commercial populations in Australia, Canada and the USA; Varroa-resistant lines from the USA; Africanized bees from the USA and Brazil; and the feral Australian population.

If a threshold of 15% African ancestry is set, then A. m. scutellata, A. m. capensis and Africanized bees can be detected and stopped from entering the country. However, approximately 5% of samples would wrongly be rejected. This is because other subspecies from Africa have been introduced around the world, including to Australia.

A 5% false detection rate is acceptable given the critical importance of keeping these strains out of Australia. There are a variety of reasons that beekeepers may wish to import new stock. This test will ensure that unsuitable honey bee strains are kept out of the country.

Ben Oldroyd and Nadine Chapman discuss their genetic test for Africanized bees. The pair were runners up for the Eureka Prize for Rural Innovation in 2015.

noticed some different bees in my yard, ,longer tha n usual and quite black with 2 stripes and a black tail.

Hi Norma, If you’re in Australia you could report your finding to your state government biosecurity section. If you can photograph the insect you’re concerned about, that will help authorities immensely to determine what type of insect it is. What state are you located in?