Keep a lookout for the exotic spotted lanternfly

The spotted lanternfly (Lycorma delicatula) is a high priority plant pest in many countries around the world. Currently, the spotted lanternfly is not present in Australia, which is fortunate for home gardeners and our primary producers. Vigilance and early detection in the case of an incursion will be important in keeping Australia free from this pest.

The spotted lanternfly (SLF) feeds on a variety of tree species including apple, stone fruit, grapes, walnut, and a range of ornamental species. In recent years, as the pest has spread and scientists have learnt more about its biology in new areas, the ‘host list’ of trees for spotted lanternfly has steadily expanded. It has the potential to be damaging to Australian natural environments, although it is difficult to predict how many and which native tree species may play host to this insect.

The Tree of Heaven (Ailanthus altissima), is a preferred host of SLF. It is commonly used in garden landscaping and streetscaping throughout Australia, particularly in urban areas. This means that an incursion of spotted lanternfly into an urban area (for example, after hitching a ride on incoming cargo), would be supported by an abundance of trees that could form a ‘green bridge’ to nearby native and production areas.

Spotted lanternfly is a recent arrival in the US and is spreading rapidly throughout the east coast states. Tracking its spread has been helped by its striking visual appearance which increases the frequency and reliability of community reporting. 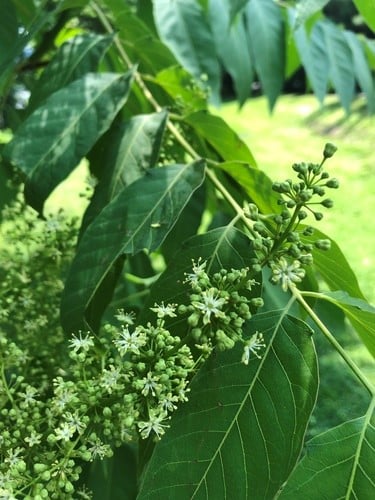 Figure 1. The Tree of Heaven is a naturalised invasive species often found in urban areas that is a preferred host of spotted lantern fly. (Photo: Christopher Tracey, iNaturalist (CC BY-NC-SA)

Like many insects, the spotted lanternfly has a lifecycle that involves several distinct stages: egg, nymph, and adult. Each stage has some very distinct features making SLF easy to spot, once you know what you’re looking for. Growth to the adult stage does not involve development through a pupal (cacoon) stage as you would normally see in moths and butterflies. Instead, the nymph will undergo a series of moults, growing larger and more distinctive features with each moult, until it has grown all the features of an adult.

While individual spotted lanternfly eggs would be difficult to distinguish by eye, the way in which these eggs are laid (30-50 eggs enclosed in a capsule that looks a bit like a clay coating) makes detection easy. On trees, relatively smooth bark is the preferred substrate for egg lay. Egg masses may also be laid on inanimate objects, such as firewood, rusty metal, car tyres and garden furniture, increasing the risk of moving the insect to new regions.

As the individual egg hatches, a nymph will emerge. This very young nymph is black with white spots, and it will move through four distinct nymphal growth stages over several months, called instars. When the final instar is reached, the spotted lanternfly becomes more colourful, turning predominantly red, with white and black markings.

The adult life stage is by far the most eye catching. By this stage the spotted lanternfly has grown a pair of wings. When folded, the forewings show large black spots, which turn into rows of black lines, about two thirds of the way down the wing. If you were to look closely you would see that these black lines look a bit like brickwork.

The hindwings are even more striking, with a large bright red patch and black spots covering most of the hindwing. The rest of the hindwing is patterned black and white. The abdomen is yellow with black banding.

Spotted lanternfly remains relatively small throughout its lifecycle, with the adult reaching 24-27mm from head to folded wingtip, and nymphs ranging from 3.6mm-14.88mm. 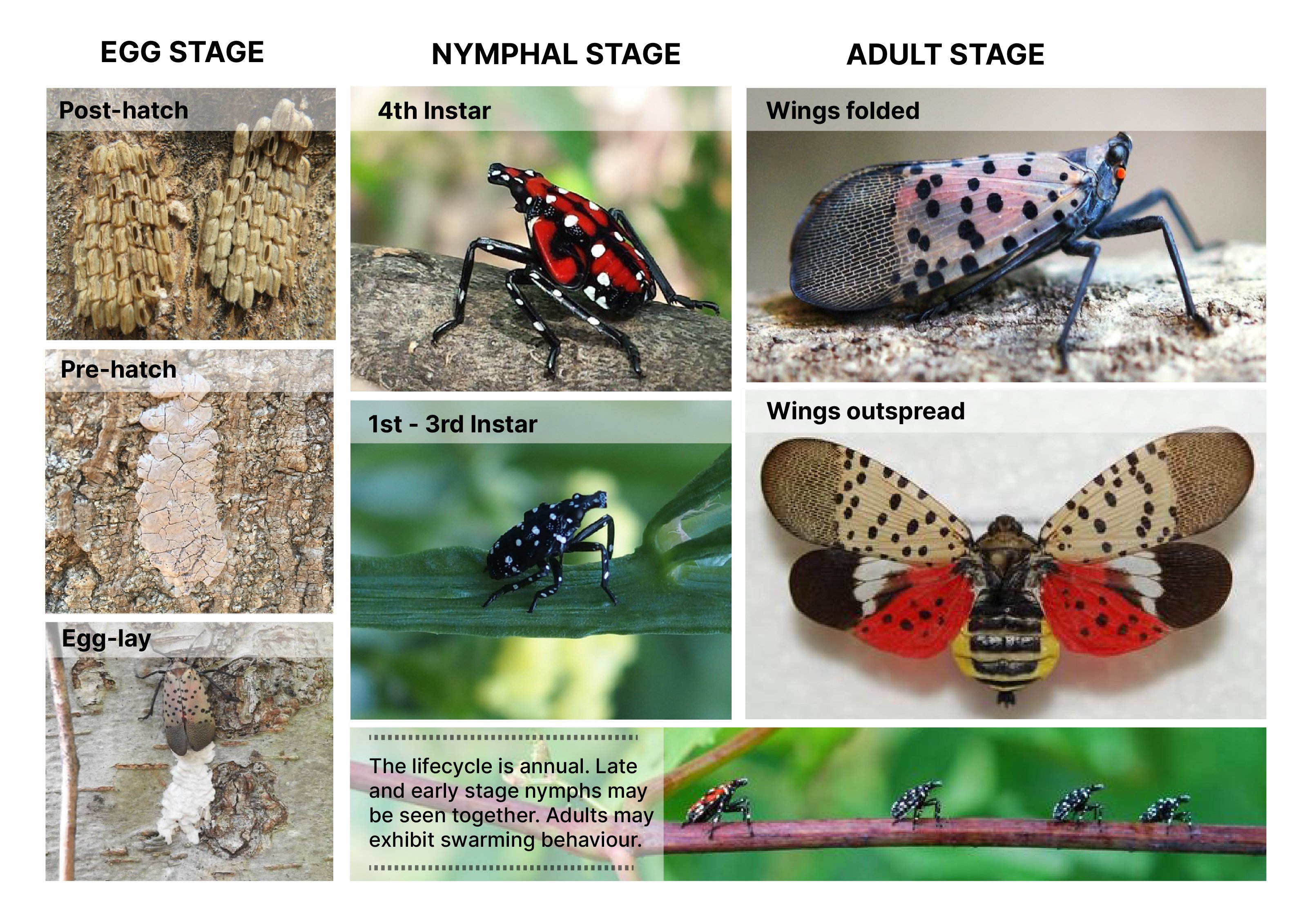 Why is spotted lanternfly a concern?

The spotted lantern fly is an hemipteran planthopper, and uses a tough piercing stylet to feed on the sap of its host, similar to the way mosquitoes take blood. Spotted lantern flies can leave the plant host looking less vigorous, which may manifest as leaf wilt and discolouration, leaf drop, and stunted growth. Other impacts include the build-up of sooty mould secretions at the base of infested plants, which can attract other nuisance pests, such as ants and wasps. Spotted lanternfly feeding can stress the plant, leaving it susceptible to secondary impacts such as disease, reduce the yield of fruit-bearing trees, or in the case of grape infestations can result in complete die off of the vine.

Staying mindful of your surroundings, be it your garden, a local park, or your farm, will help you identify what is normal and what may be a ‘red flag’.

Suspect detection of the spotted lanternfly should be made to the Exotic Plant Pest Hotline, which will direct you to your appropriate state department of agriculture. The number to call is 1800 084 881 or you can also submit a report using the MyPestGuide Reporter App.

The project ‘Spotted lanternfly (Lycorma delicatula) biology, ecology and awareness in the Australian environment’ is running from October 2020 to April 2021.

The project is funded by the Australian Plant Biosecurity Science Foundation and the Department of Agriculture, Water and the Environment and is led by Cesar Australia. Project collaborators are Agriculture Victoria, NSW DPI, Plant Health Australia, and Greenlife Industry Australia.