To feed or not to feed

By definition honey is a “natural sweet substance produced by honey bees from the nectar of blossoms … which honey bees collect, transform and combine with specific substances of their own, store and leave in the honey comb to ripen and mature”: Australia New Zealand Standards Code.

Feeding sugar and sugar syrup is an important and legitimate beekeeping practise which needs to be carefully managed. Frames of honey produced from supplementary feeding do not conform to legal standards. Extraction of honey made from sugar syrup may result in that batch of honey appearing to be adulterated with C4 sugars.

Supplementary feeding, providing sugar syrup and/or pollen to bee colonies in the cooler months, has become an important beekeeping practice due to reduced forage from increased urbanisation, degradation of our natural spaces, drought, fire and restrictions on beekeeping. Supplementary feeding is used not only to help bee colonies survive winter, but to build their populations ready for pollination contracts, starting with almonds in late winter.

An Agrifutures study investigated the effect of supplementary feeding in the operations of Australian beekeepers.

The first trial was conducted in two apiaries of approximately 40 colonies each, used for almond pollination in Victoria. Supplementary feeding with either sugar syrup, pollen or a combination of sugar syrup and pollen had no major benefit to colony populations. Rather, supplemented colonies tended to have fewer frames of bees. 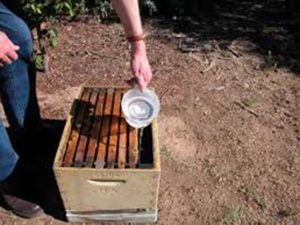 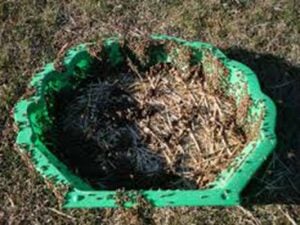 Supplementary feeding remains important when used to prevent starvation and it’s important that feeding is done in a responsible manner by beekeepers. A variety of approved ways to feed sugar can be found at NSW Department of Primary Industries. Please be aware of and follow the Australian Honey Bee Industry Biosecurity Code of Practice.

Podcast: You can also listen to Supplementary Feeding with Doug Somerville as a podcast.

Managing your hives, Pests and diseases

Thanks John it’s great to hear our content is hitting the mark!