Sacbrood is a disease impacting honey bees caused by a virus. Sacbrood mostly impacts brood and is correlated with stressed or weakened colonies. It causes an uneven brood pattern due to death. The larvae become discoloured, and distorted, often becoming a brown to black colour and usually die after capping. This may cause brood caps to become sunken. In some cases there may be scattered patterns of brood caps with holes in them as the workers detect something wrong with the infected brood and begin removing them.

Young workers can also be affected. They have smaller hypopharyngeal glands (used to produce brood food) and commence foraging at an earlier age.

Sacbrood was first detected in Western Australia in 1979 and has since spread around Australia. It usually infects at low levels and generally has no significant impact.

There is currently no treatment for Sacbrood and best practice is prevention through monitoring symptoms and maintaining good hygiene, for example by using a barrier management system. 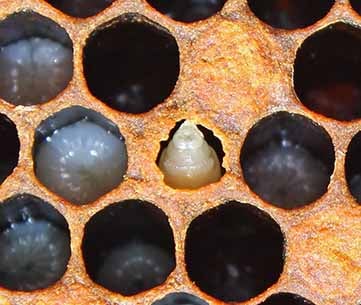 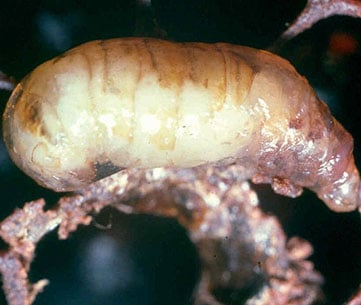 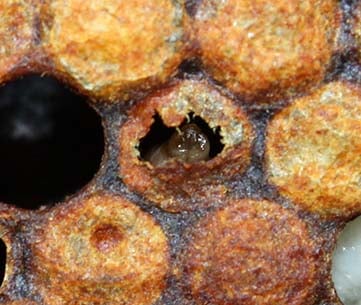 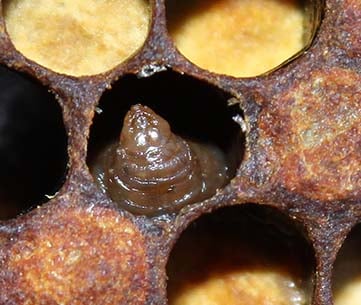 Breeding for resistance to sacbrood has been carried out in India, South Korea, and Vietnam in Apis cerana (Asian hive bee). In Vietnam, Sacbrood infections were successfully reduced from 23% to 2%. They did this by selecting colonies whose brood survived inoculation with Sacbrood.

Selection for hygiene behaviour was highly successful in creating Sacbrood resistant colonies in Apis cerana in South Korea. Unfortunately, there is a lack of information into the success of hygienic behaviour against Sacbrood in the Western honeybee.

However, this doesn’t mean there is no possibility in hygienic behaviour being the answer to Sacbrood infection. Hygienic behaviour has been successful in producing resistance against Varroa, chalkbrood and American foulbrood.

Hygienic behaviour has been selected for in Australia. Generally, there are little side effects of selecting for hygiene behaviour. In fact, there are positive correlations of hygiene behaviour with other beneficial traits such as honey production. However, beekeepers expecting immediate effect in Sacbrood resistance may be disappointed, as more research is needed to determine effectiveness in the Western honey bee.

This article was peer reviewed by Patsavee Utaipanon and Nadine Chapman.