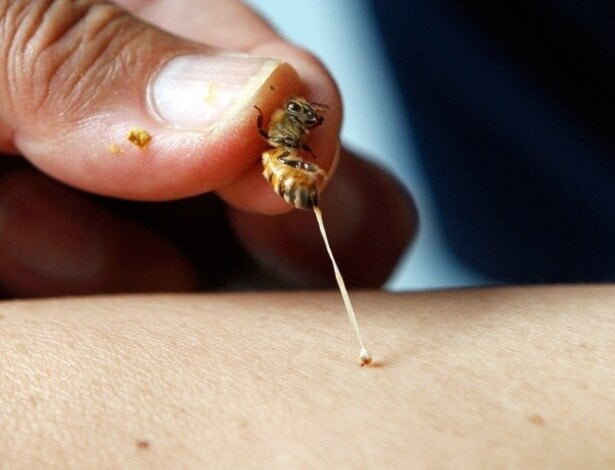 No one likes a cranky colony. They can cause a lot of grief for urban beekeepers and pollination contractors in particular. It seems simple enough to just select the nicest hive and use it to breed from, but measuring temperament can actually be quite difficult.

Scientists love to measure things. Preferably the way in which you measure something should be objective and repeatable – not influenced by feelings or external factors, and you should get similar results each time you make the measurement.

Scientists have come up with many ways to measure temperament:

As you can see some of these methods are quite inventive. Some are more objective than others. Some sound both fun and crazy.

Some sound both fun and crazy.

Why do bees sting – Agrifutures Australia

As most beekeepers will know, temperament is affected by the weather and the behaviour of nearby colonies. Colonies should be assessed a number of times over the season to get a better idea of their general behaviour. You should work colonies in a different order each time you evaluate temperament to determine if colonies are naturally defensive or if they have been set-off by nearby colonies being disturbed. If your gloves are covered in stings then you’re not really giving the colonies a fair chance.

These days, most breeding programs are using a scale to rate defence/aggression and calmness. While they can be subjective (e.g. beekeepers differ in the amount of protection they wear), they are quick to perform and don’t require additional equipment. Some studies have reported that it can be difficult to differentiate between colonies if the full scale is not used. Scientists have shown that these measures generally correlate well with results found using some of the methods above.

What should beekeepers do to avoid being stung – Agrifutures Australia

If you have an angry hive the best solution is to replace the queen with one that has been selected for good temperament. Angry colonies may take multiple attempts to requeen, so there are some strategies we can use to help acceptance rates.