Queen bee breeders are the backbone of the honey bee industry. They breed queens from the best performing stock so that beekeepers can have productive and healthy colonies.

Sometimes queen breeders need to import new genetics (in the form of queen bees or drone bee semen) with specific qualities like resistance to Varroa mites. But bringing in queens or semen from overseas could also bring in harmful pests and diseases.

What are the biosecurity risks?

Queen bees could carry Varroa, Tropilaelaps or Tracheal mites and must go through multiple biosecurity steps to prevent introduction.

Africanised genetics were introduced from southern Africa to South America and southern parts of the United States. Bees with Africanised genetics are often called “killer bees” because they are very aggressive. Queen bees and semen may need genetic testing depending on the source country.

Deformed wing virus (DWV) and slow paralysis bee virus (SBPV) are spread by Varroa mites but can also be spread via bee semen. DWV is particularly harmful and widespread, killing many hives overseas in combination with Varroa mites. Genetic testing for viruses makes sure imported stock is virus-free.

How do we import queens or drone semen? 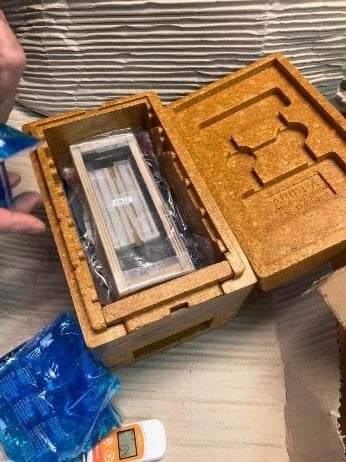 Importing queens or semen requires a permit and goes through important biosecurity checks.

For queens, this includes staying at a Post Entry Quarantine (PEQ) facility in Victoria.

Queen bees are transported in queen cages with escort worker bees. In PEQ, they check for mites before being introduced to nucleus colonies inside flight cages. As the queen lays brood, they are further checked for mites and tested for Africanised genetics. Virus testing is also required for unwanted viruses by the Victorian government.

After clearing all biosecurity checks, grafted larvae are released from PEQ and the beekeeper will put them into hives to develop into queen bees.

Drone semen is collected from donor colonies into glass tubes and transported at room temperature. The donor hives are tested for viruses before export or semen can be tested on arrival. Testing for Africanised DNA may also be needed depending on the source country. 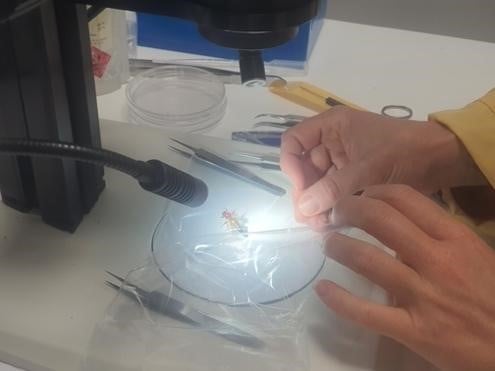 Why do beekeepers want to import new genetics?

Australia has a healthy and genetically diverse honey bee population. But there can be benefits to importing new honey bee genetics. Here are three reasons:

Importing queens and semen can be challenging but can be done safely with good biosecurity checks. We have a Horticulture Innovation funded project that is road-testing current importation guidelines and developing recommendations for the bee industry and government to help future importers.